EVIL Pelosi’s Unhinged Rant; She is a Direct Attack on Trump’s 75 Million Supporters-Her Extreme Wealth is From Prostituting Her Position 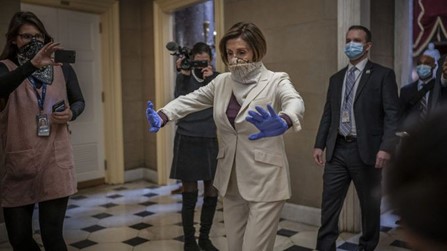 This is off the wall. They really want to paint Trump as a total lunatic.

“The situation of this unhinged president could not be more dangerous, and we must do everything that we can to protect the American people from his unbalanced assault on our country and our democracy,” she wrote in a letter.

If Pelosi is willing to extend the crazy drama this far, will she have any qualms about sending the government after outspoken Trump supporters and groups?

This, my friends, is the real coup attempt, to keep Democrats permanently in power.

If you do not toe the Democratic line, you will be considered a likely terrorist.

Reprinted with permission from Target Liberty.

Comment: Listen to the beginning of Isaac Kappy’s song about Nancy Pelosi the puppet of Deep State: