Congresswoman Who Is a True Patriot Now Under Attack; Cop Who Allowed School Kids to Be Murdered Now Collecting Fat $8k Plus Pension; Georgia politician questioned why Scot Peterson, the disgraced cop who infamously stayed outside the school during the attack, was receiving $8,702 per month in a state pension.

Memorials to commemorate the victims of the mass shooting at Marjory Stoneman Douglas High School in February 2018. © REUTERS/Carlos Garcia Rawlins

In newly surfaced Facebook posts from May 2018, the Georgia politician questioned why Scot Peterson, the disgraced cop who infamously stayed outside the school during the attack, was receiving $8,702 per month in a state pension.

Several people responded to the post to claim that the pension was a payoff. Greene expressed her agreement with the comments, including one which read: “It’s called a pay off to keep his mouth shut since it was a false flag planned shooting.” 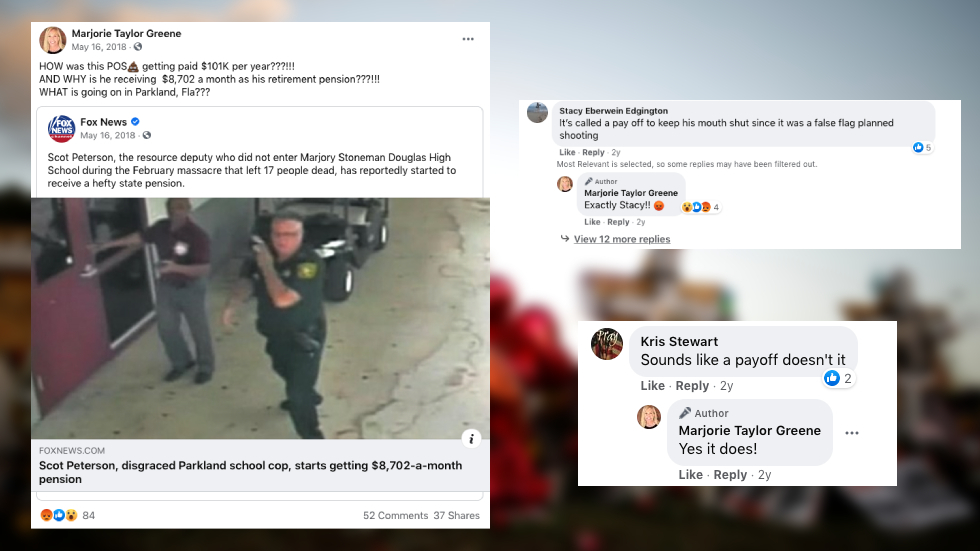 The February 2018 massacre at the Florida high school claimed the lives of 17 students and staff. It sparked a widespread push for introducing new gun control laws. The shooting has also been the subject of numerous conspiracy theories, including claims that it never happened and that the students were crisis actors.

Greene’s controversial comments were met with a wave of condemnations, including from politicians, officials and families of the victims. (Comment: All Paid by ZIonist Gangsta Money I’m Certain) 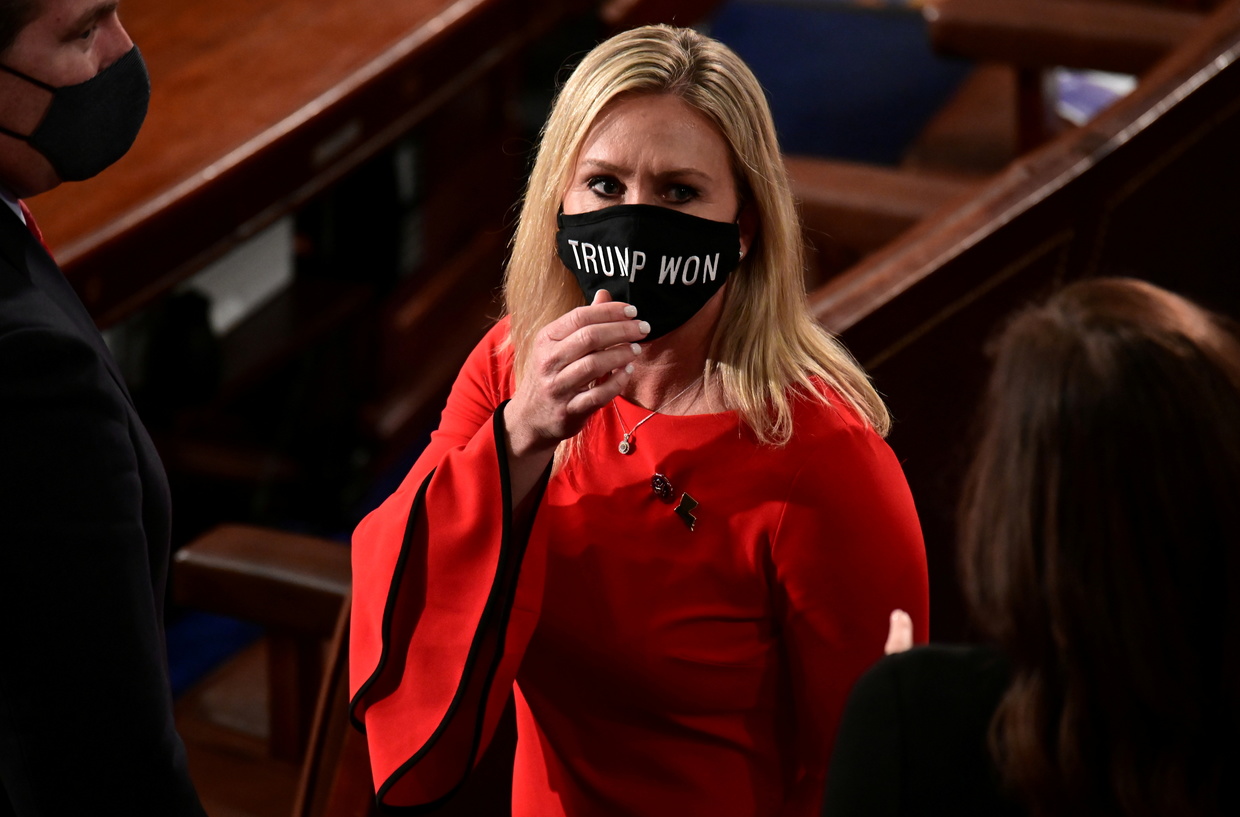 Fred Guttenberg, the father of 14-year-old victim Jaime Guttenberg, published a series of tweets calling on Greene to resign from Congress and apologize for her remarks.

“We have never met. It appears you think or at one time thought the school shooting in Florida was a false flag,” he said.

“I know you have met Parkland parents. This is my daughter Jaime, she was killed that day. Do you still believe this? Why would you say this?”

Those comments were echoed by Florida’s director of emergency management, Jared Moskowitz, who said in a tweet that Greene should visit the site of the massacre. (FEMA IS ZIONIST to the CORE! Comment) 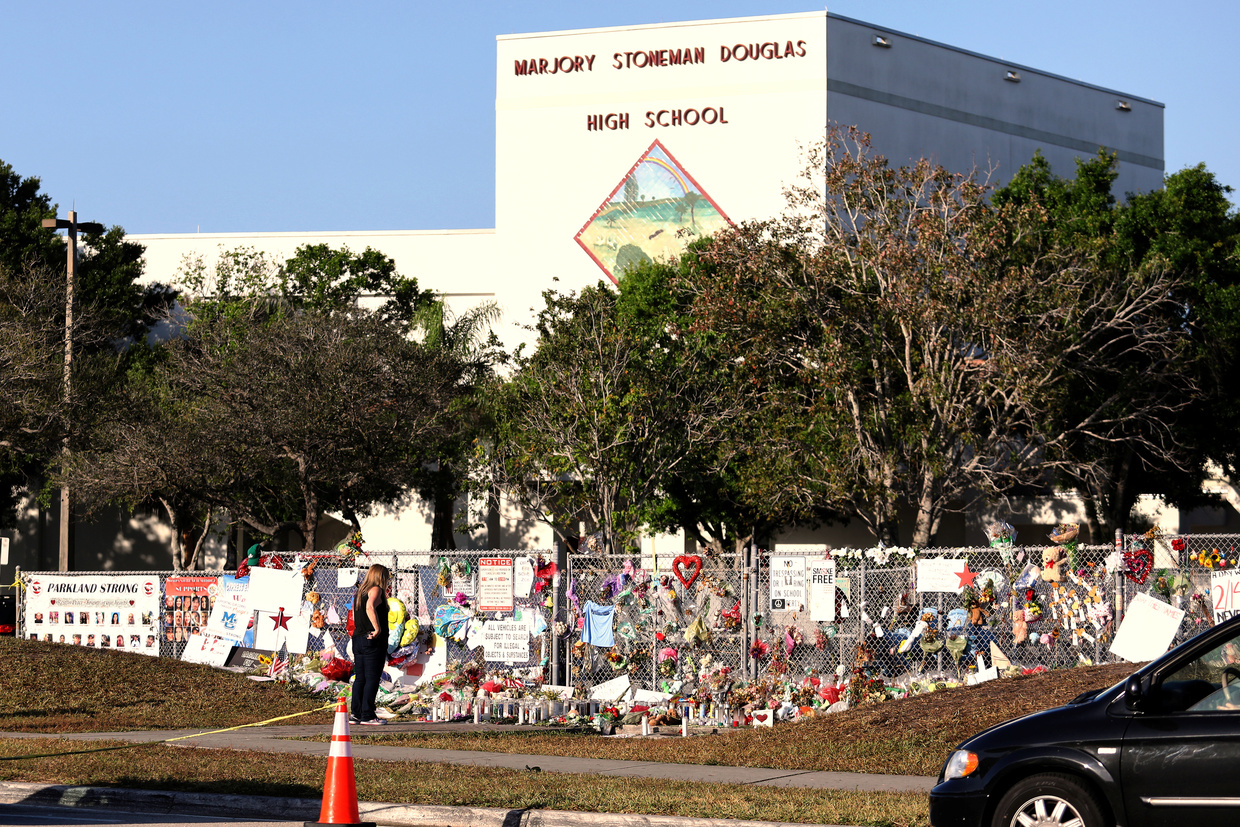 A memorial seen outside of Marjory Stoneman Douglas High School as students arrive for the first time since the mass shooting in Parkland, Florida, U.S., February 28, 2018. © REUTERS/Mary Beth Koeth

David Hogg, who was a student at the school and is now a gun control activist, also took to Twitter to call on Greene to resign. “Why did you call the shooting at my high school a false flag? 17 classmates and staff died – spreading conspiracies about this tragedy is disgusting,” he said. (Comment: David Hogg is a Zionist Activist-FAKE!)

It’s not the first time Greene has been at the center of a swirl of controversy. The pro-Trump lawmaker’s Twitter account was temporarily suspended on Sunday after she sparred with a Georgia elections official, alleging fraud was to blame for the GOP losing senate runoff elections this month.

The conservative businesswoman has previously expressed support for the QAnon conspiracy theory – which, among other things, claims that a cabal of Satanic pedophiles controls the world. (Comment: She ought to know; she is working with a slew of Politicians compromised by this mafia with videos of them being sexually serviced by mind controlled slave children of the CIA.)

She also made comments that critics labelled Islamophobic and anti-Semitic. Despite this, Greene secured high-profile Republican endorsements and the backing of the voters in Georgia’s 14th District in last November’s congressional race.