Klayman: Napolitano and Fox News Are Turning Against Trump!
Go to www.FreedomWatchUSA.org to Join and Support Our Leftist Media Strike Force! Share and Donate 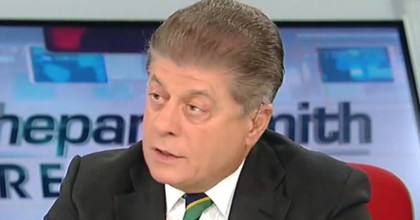 And he warned team Trump that if the president doesn’t submit to an interview, he’ll be facing a grand jury.

Napolitano told Fox News anchor Shepard Smith that if Trump agrees to an interview, his legal team would be with him. They could stop, leave the room and confer after every question.