Over the course of my life I have received many recognitions, awards, and high honors, including the French Legion of Honor, the US Treasury’s Silver Medal, the International Journalism Award from the Press Club of Mexico, and Who’s Who in the World’s Lifetime Achievement Award, but as proud as I am of these awards, The Saker just bestowed the highest, placing me in the company of Stephen Cohen, Bonnie Faulker, and Ron Unz. Talking about knowledge, integrity, and courage, the world has never seen the like of it.

The Saker himself is a remarkable personage. He deserves Person of the Year himself.

Here is The Saker’s selection of the 2018 Person of the Year: The American Dissidents:

DownloadToday Dr. Duke and British author and broadcaster Andy Hitchcock had a foundational show exposing the pivotal role played by the Jewish Sackler family in creating the current opioid crisis. Hiding behind the name “Purdue Pharma”, the Sacklers have been pushing Oxycontin on the medical field, knowing full well that it is highly addictive. 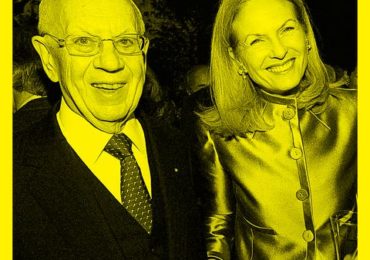 So let’s rebrand this thing “the Sackler opioid crisis.” After all, they have earned the naming rights.

Dr. Duke & Andy Hitchcock of UK on the Zio War on Christmas – the Ancient Celebration of Solstice & Their War on Trump! Also – the Sackler Opiate War on White Working People!

PREVIOUS POSTThe White History of Christmas & How a Ultra-Racist Zio-Grinch Stole It!