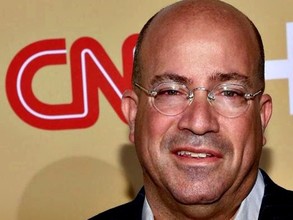 (Washington, D.C., December 11, 2018). Today, Larry Klayman, the founder of both Judicial Watch and now Freedom Watch and a former federal prosecutor announced the filing of a complaint for defamation against the president of CNN Jeff Zucker and his prime time host Chris Cuomo and CNN, the Huffington Post, and Rolling Stone magazine. The complaint, which alleges defamation per se, was filed in the U.S. District Court for the District of Columbia (Case No. 1:18-CV-02894) and is furtherance of Freedom Watch’s “Leftist Media Strike Force.” See www.freedomwatchusa.org.

Specifically, the complaint alleges that these “Fake News” publications slandered and libeled former Maricopa Sheriff and U.S. Senate candidate Joe Arpaio by falsely branding him a “felon.” To the contrary, Sheriff Arpaio was never found guilty of a felony, nor arrested and imprisoned as one of the publications claimed, but was simply found to have committed a misdemeanor, for which he was pardoned by President Donald Trump. The nullification of even the misdemeanor finding, which Sheriff Arpaio submits was legally incorrect but simply the basis of politics, as he had not violated a court order and intentionally profiled illegal immigrants, is on appeal to the U.S. Court of Appeals for the Ninth Circuit. Sheriff Arpaio is confident that even the misdemeanor finding will eventually also be vacated.

Klayman had this to say for Sheriff Arpaio, “America’s Toughest Sheriff,” upon filing the complaint, which seeks $300,500,000 USD in actual and punitive damages. The complaint can be viewed at www.freedomwatchusa.org and is embedded below.

“It’s time that someone stood up to the Left’s ‘Fake News’ media, which is bent on destroying anyone who is a supporter of the president and in particular Sheriff Arpaio. My client will not be bullied by the likes of Jeff Zucker, Chris Cuomo, the Huffington Post, and Rolling Stone, as he alone has the courage to stand up for not just himself, the President of the United States but also all fair-minded and ethical Americans.”