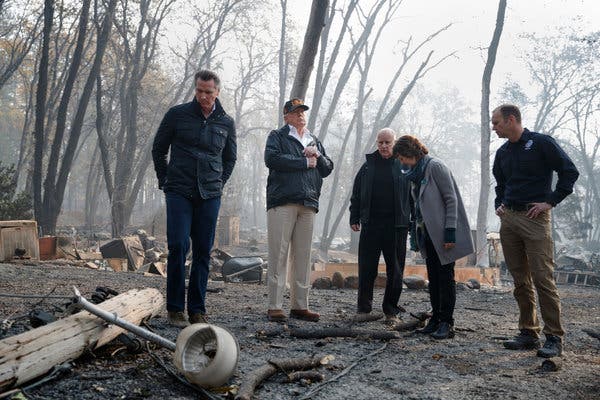 Slimes Caption: President Trump this month in Paradise, Calif., the site of devastating fires. Friday’s report cites the changing climate as a contributing factor in such disasters.
NY Times: Trump Administration’s Strategy on Climate: Try to Bury Its Own Scientific Report