Klayman: This Is Total Fake News by Vile Left Wing Media!
Go to www.FreedomWatchUSA.org to Join and Support Our Leftist Media Strike Force! Share and Donate 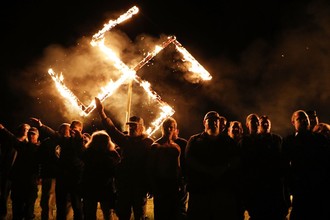 As a Republican, Mitchell Adkins complained of feeling like an outcast at Transylvania University in Lexington, Ky. “Hardcore liberals” made fun of him, he wrote, and he faced “discrimination on a daily basis.” He soon dropped out and enrolled in trade school.

But his simmering rage led him back to campus one morning in April 2017, when Adkins pulled out a machete in the campus coffee shop, demanded that patrons state their political affiliation and began slashing at Democrats.