During a National LaRouchePAC conference call on November 8, just two days after the election, Candidate Wieczorek, excited about the results of his campaign, had the following to say:

The entire conference call can be listened to at: 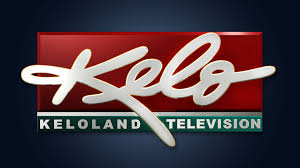 On Oct. 19, KELOLAND-TV sponsored a debate for candidates vying for South Dakota’s single seat in the United States House of Representatives on Nov. 6. However, of the four candidates certified by the South Dakota Secretary of State’s office for ballot status, only two were invited to participate.

According to Chris Berg, Senior Director of Local Content Development for Nexstar Media Broadcasting, two of the officially certified candidates, George Hendrickson and myself had not met Nexstar’s Criterial No. 5, that is, had not raised at least $50,000 from in-state donors, and so were held out.

Headquartered in Irving, Texas, Nexstar owns 171 TV stations in 39 states, KELOLAND-TV being one of them.

Freedom of speech without a platform to exercise it, is impotent. By excluding two of the four candidates, it is Nexstar, not Russia or China, that is meddling in our 2018 midterm election in South Dakota, and in those other states where they own stations.

To my mind, and I hope to yours, an out-of-state organization in business to make money should not have the power to determine who is permitted to speak at public forums as such as this. It is precisely the circumstance that, as Mr. Berg spouted out on the phone with me, that “Throughout history, money has always determined the outcome of politics,” which must be ended. No, Mr. Berg, money does not determine value; human creativity does.

To my mind, and I hope to yours, it is Nextar that is abridging legitimate freedom of speech as guaranteed under the First Amendment to our 1789 Constitution; It is Nextar that is in violation of the intent of the great Preamble to that Constitution, elevating the purpose of our republic to the highest moral character.

To my mind, and I hope to yours, it is Nextar that is in violation of the good intentions of the Federal Election Commission guidelines ensuring fair and frequent coverage by the media, and unfettered access to the public stage in debates and other forums.

To their credit, prior to Oct. 19, my Democrat and Republican opponents issued written public statements supporting the right of all certified candidates to participate in all public debates. Unfortunately neither showed the courage to act on the deeper principle under attack here, and refuse to participate unless all are invited. They could have stopped the proceedings. Should we send either of these two gentlemen to Washington, if they are unwilling to stand for principle in this simple and obvious case? No! They are complicit in this injustice, going along to get along. The studio audience and all who knew about the exclusion are also guilty of tolerating the travesty. They could have stopped the proceedings.

How can we expect South Dakotans and fellow voters throughout the country to exercise sound and sober judgment regarding the profound challenges we are all facing regarding, for example, the production of food and the future of family farming; the form and function of infrastructure and industry; the structure of our banking and international trading systems; and the classical culture required to inform that judgment, if those voters are held out of exposure to the very ideas to solve these many conundrums and move to a more advanced plane of civilization?

How slippery the slope! Do we really want to hoe this row? From seemingly little beginnings the cancer grows until resistance becomes futile. Do you still wonder why our President speaks of fake news? Henceforth, KELOLAND is to be known as JELLO-LAND, for their going soft on the 1st Amendment. They could have bucked Nexstar, but they didn’t. Any and all coverage by any media outlet that reports on this non-debate, is fake news, because my views and those of candidate Hendrickson are missing.

I will campaign for a better future for America until November 6 and beyond, until I am no longer able do so.