Klayman: As a Jew I Am Embarrassed by the American Jewish Left and the Likes of Jennifer Rubin of WaPo! 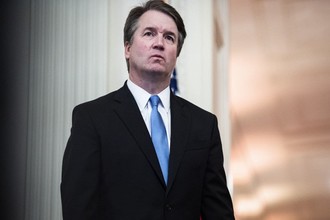 President Trump and Republican Senate leaders proclaimed after Justice Brett M. Kavanaugh’s confirmation that it was a huge win for the party. The GOP base is engaged. This will turn around the midterms! Unfortunately, with very little analysis and zero polling, scores of male pundits (not to mention right-wing publications) touted this as fact.

Some of us warned that, contrary to Republican spin, the Kavanaugh fight would likely light a fire under female voters — who were already peeved with Republicans for supporting a president who had bragged about sexual assault, had stood behind alleged spousal abuser and former White House staff secretary Rob Porter, had endorsed Alabama Senate candidate Roy Moore and had ridiculed the #MeToo movement.

Kavanaugh To Sit On SCOTUS Benghazi Case!; Judges As “Politicians In Robes”!

From: Special Prosecutor with Larry Klayman
0  0  11 days ago
23:22
39:06
LIKE
DOWNLOAD
Klayman: Go To www.FreedomWatchUSA.org To Support Our Cases v. Antifa and Black Lives Matter. Share and Donate 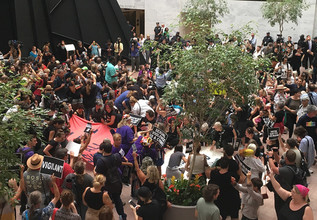 Journalists spent last week rewriting history as it happened and denying the thuggery of left-wing protests. It was like watching a reality TV version of “1984.”

President Trump helped get the show rolling when he called left-wing protesters “an angry mob” and Republicans and conservative groups picked up the term. It was repeated in several videos and in a key GOP commercial that highlighted scenes of violence.