Killing Them Quietly With Sanctions 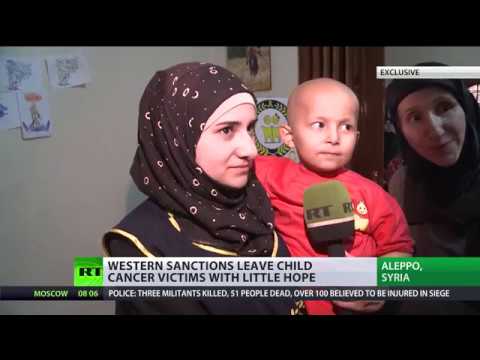 In 2016, I visited the centre depicted in the linked RT news report on the effect of western sanctions on children with cancer. At the time, the director told me they were trying to help 240 children, were underfunded and in debt, the people working there were volunteers, and (at that time) were facing constant power outages, as was the norm in Aleppo due to terrorists outside of Aleppo controlling the power plant.
CONTINUE READING
Eva Bartlett | September 1, 201