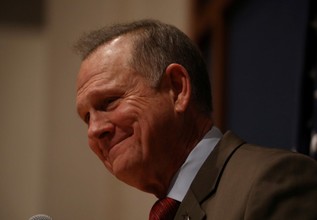 Roy Moore, the former U.S. Senate candidate from Alabama, on Wednesday filed a $95 million defamation lawsuit against Sacha Baron Cohen, claiming he was duped into appearing on the British comedian’s Showtime series “Who Is America?” and falsely portrayed as a sex offender.

Moore, a Republican and former chief justice of Alabama’s Supreme Court, also sued Showtime and its parent CBS Corp for defamation, and accused all three defendants of fraud and intentional infliction of emotional distress.