Klayman: By Letting the President Be Dragged Along by Mueller, Trump’s Lawyers, Who Have No Strategy, Have Committed Malpractice!
Go to www.FreedomWatchUSA.org to Sign Petition to Appoint Klayman as Special Counsel. Also Donate and Share 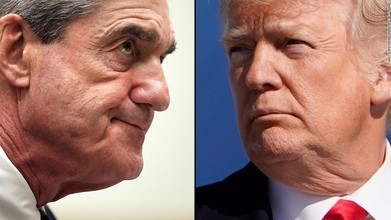 The poll is CNN’s first since the conviction of former Trump campaign chairman Paul Manafort on tax and bank fraud charges stemming from Mueller’s investigation and guilty pleas from Trump’s former lawyer Michael Cohen on several charges after an investigation that Mueller had referred to the US Attorney’s Office for the Southern District of New York.