DownloadToday Dr. Duke and British author and radio show host Andy Hitchcock had a discussion of the genocide of whites in South Africa, which is being supported by the Zio establishment. 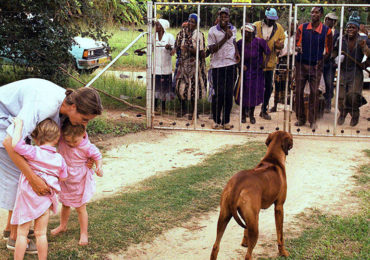 14 Oct 2017, Prince Alfred Hamlet: The following four Suspects is Wanted in connection with a Farm Attack. Photos of four suspects was posted on Twitter by the Head of AfriForum Community Safety, Ian Cameron.

Van der Merwe survived the attack and was admitted to a Cape Town Hospital in a critical condition.

A Reward of R10,000 will be paid to anyone with Information that leads to the Arrest of the Suspects.

TAP IMAGES BELOW TO EXPAND GALLERY: 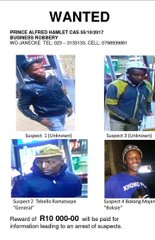 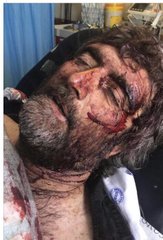 Previously Reported: 11 Oct 2017, Cape Town: The DA in the Western Cape has called for an increased police presence in the Koue Bokkeveld area near Ceres. This follows a brutal attack on a farmer in the area.

Wilhelm van der Merwe was tied up and stabbed multiple times by two unidentified men. Van der Merwe is in a critical condition in a Cape Town Hospital.

DA Constituency Head in the Witzenberg region, James Vos, the large area is serviced by only one police station and this is not enough:

“This attack clearly indicates that there is a total lack of rural safety policing units to adequately safeguard our agricultural sector against these onslaughts. Any attack against a farm worker, farmer or any person involved in the agricultural sector is unacceptable because these are the people that provide food for our nation. Therefore we need to implement rural safety units.”

TAP IMAGES BELOW TO EXPAND GALLERY: Dr Duke & Andy Hitchcock of UK on Brutal ZioBolshevik suppression of Dissent in the West & How Assange Must Be Silenced to Protect the Zio Russian Collusion Lie!

NEXT POSTDr Duke & Tom Kawczynski on his new book The Coming Civil War – How America and Europe is on the Same Road to Hell as South Africa!