from the International Tribunal of Crimes of Church and State (ITCCS)

Under a screen of deception and amidst unprecedented public attacks, Jorge Bergoglio (“Pope Francis”) met today with contending factions of the College of Cardinals at a secret conclave in Galway. A Papal Double posing as Bergoglio engaged Dublin crowds after the real Bergoglio barely evaded arrest by Common Law Sheriffs in Knock, Ireland prior to the Galway meeting.

Meanwhile, top Ninth Circle cult leaders were detained in three cities on Friday and publicly named and banned under a Court Order that empowers the public to arrest them if they ignore the Order. Anglican Bishop Mark MacDonald in Toronto, Cardinal Donald Wuerl in Washington, DC (who declined an invitation to attend the Irish papal tour) and Vatican Secretary of State Cardinal Pietro Parolin were confronted by Common Law Sheriffs on Friday August 24 and issued the Public Banning Order. (see attached images)

Friday’s actions have heightened the internal crisis within the Vatican and prompted the Galway conclave, which a church insider describes as “a final show down between Francis and his opposition”. According to this source,

“Francis nearly cancelled the rest of his Irish trip after he received word of the banning orders, soon after he got to Knock. Even worse for him is that three Sheriffs infiltrated his retinue and confronted him outside Knock the same day, and he only just evaded them. So all of that caused the senior Cardinals to summon him to an emergency meeting in Galway, and his usual stand in covered for him at the Sunday mass in Dublin. We suspect the lapse in security for him in Knock was deliberately arranged by the Ratzinger faction, but either way Francis’ fate is being decided.”

A copy of the Banning Order issued to the Ninth Circle leaders is attached.

Issued 26 August 2018 by the ITCCS Directorate 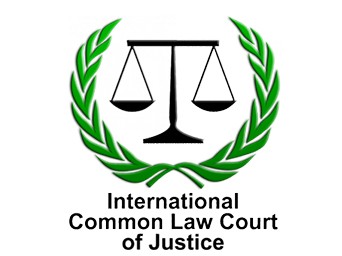 Issued by The International Common Law Court of Justice

Against MARK MACDONALD Bishop of the Anglican Church of Canada

LET IT BE KNOWN AND ENACTED that as of this date, Friday, August 24, 2018, you, Mark MacDonald, Bishop of the Anglican Church of Canada, are BANISHED from our communities because of your complicity and participation in the abduction, torture and murder of our children. You, Mark MacDonald, are hereby publicly named and condemned as a threat to children everywhere and a danger to the welfare of our communities.

LET IT BE FURTHER KNOWN AND ENACTED that if you, Mark MacDonald, ignore or evade this ORDER OF BANISHMENT you will be detained and incarcerated by deputized members of the public or by Common Law Peace Officers.

Kevin Annett was re-nominated for the Nobel Peace Prize in 2015. Messages for him can be left at thecommonland@gmail.com or 386-323-5774 (USA). See the evidence of genocide in Canada at www.murderbydecree.com and www.itccs.org . Kevin’s books can be ordered here:

Murder by Decree: https://www.createspace.com/6085632  (This book is also posted online at www.murderbydecree.com )

Fallen: The Story of the Vancouver Four https://www.createspace.com/7263374

https://www.youtube.com/watch?v=IylfBxm3sMg – Authorizations and Endorsements of ITCCS/Kevin Annett by indigenous eyewitnesses

https://www.youtube.com/watch?v=CReISnQDbBE – Irene Favel, Eyewitness to the incineration of a newborn baby by a priest at Muscowegan Catholic Indian school, Saskatchewan, 1944

https://www.youtube.com/watch?v=RBUd3UXt6fI – Other key testimonies from our Court case

Kevin Annett was re-nominated for the Nobel Peace Prize in 2015. Messages for him can be left at 386-323-5774 (USA). See the evidence of genocide in Canada at www.murderbydecree.com and www.itccs.org . Kevin’s eight latest books can be ordered at these sites:

Murder by Decree: https://www.createspace.com/6085632  (This book is also posted online at www.murderbydecree.com )

Fallen: The Story of the Vancouver Four https://www.createspace.com/7263374