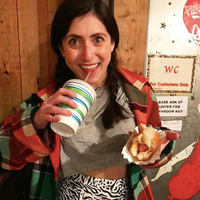 Years after four Vanderbilt football players were indicted for the gang rape of an unconscious 21-year-old student, the first of the players has been officially sentenced. According to The Tennessean, Cory Batey, 22, who urinated on the victim’s face during the rape and took pictures of her while she was unconscious, will serve 15 years, the minimum possible term for aggravated rape, in prison. In court today, the unnamed victim, now 24, read an incredibly powerful statement to Batey, which was “broken up by sobs as [she] tried to keep her composure.”

On June 20, Brandon Vandenburg, the victim’s boyfriend at the time, was found guilty of on all eight counts he was charged with (aggrevated rape, sexual battery, and unlawful pornography), The Tennessean reports. He did not rape the victim, but orchestrated it and encouraged the others to rape her while he watched and filmed what was happening in his dorm room. He has not yet been sentenced. The two other players involved pleaded not guilty and await their trials.