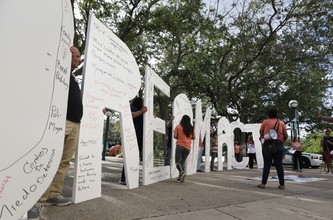 Federal judge orders Trump admin to restart DACA program
By Stephen Dinan
The Washington Times
August 4, 2018
A federal judge on Friday said the government must restart the entire DACA deportation amnesty, including accepting brand new applications — but gave the administration a chance to appeal before his ruling takes effect.

The ruling by Judge John D. Bates is a major blow to President Trump, and creates even more confusion about his immigration policy.