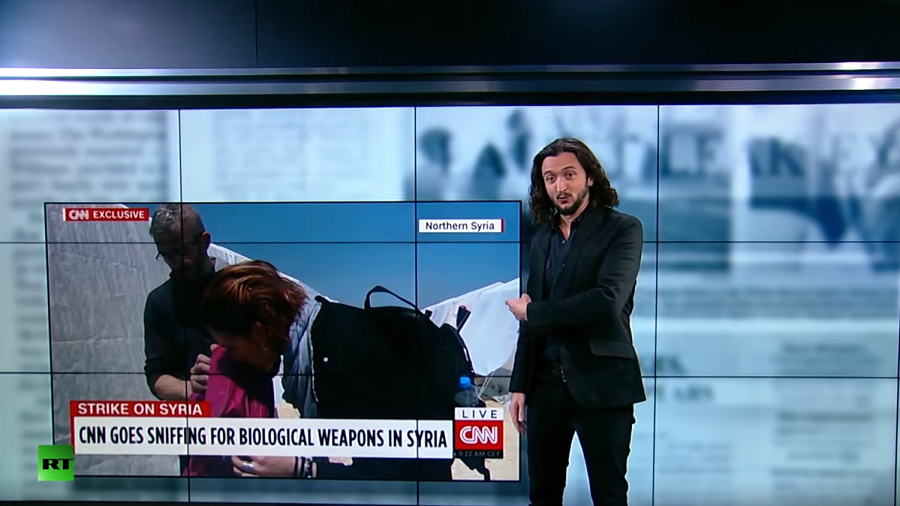 © Redacted Tonight / RT
With mainstream media spitting out unconfirmed accusations of chemical weapons use, be it in Syria or Salisbury, don’t bother digging deeper for evidence because that’s just for ratings, Redacted Tonight host Lee Camp has said.

News coverage over the recent month has presented loads of material for the latest episode of the comedy show.

Like the CNN journalist sent to the Syrian town of Douma specifically to sniff its air, following an alleged but then-refuted chemical attack by Syria against its very own people. 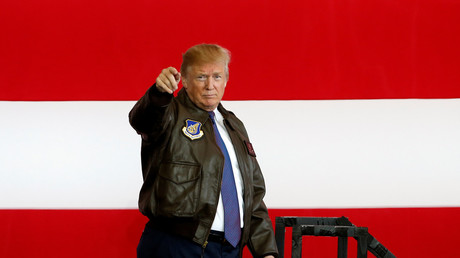 MSM talks about Trump’s hair, but not that he drops way more bombs than Obama – Lee Camp

“If there really was sarin gas that reporter would have immediately fallen on the ground dead and Wolf Blitzer would have an awkward rest of the half-an-hour to fill,” the Redacted Tonight host said.

It would not be the first time the US has been brought into a conflict by lies; there were no weapons of mass destruction in Iraq and the Gulf of Tonkin incident before the Vietnam War also never actually happened, Camp reminded viewers.

The same thing is happening with the Skripal case in the UK, where the media has been trying so hard to persuade the people that Russia would, for some reason, try to poison an ex-spy that defected a decade ago while, during the same period, the world’s eyes were on Russia, as host of the FIFA World Cup.

The media is always there to cover corruption in Washington, that shows itself through government lies, its hunger for war and its more-than-close ties with corporations, Camp said.

The host applauded the resignation of Environmental Protection Agency chief Scott Pruitt, after numerous scandals, but said that the celebrations were short-lived, when a coal lobbyist was appointed in his stead “to make sure the environmental destruction continues without pause.”

“You can chop off the head of the hydra, but another disgusting, viperous head will just pop right out,” Camp said, about corruption among the US elites, who are “rotten to the core, and it goes for both our political parties.”

Watch Camp’s take on corruption in Washington, from media to officials to fake grassroots movements, in the latest episode of Redacted Tonight.

I think this type of thing is allowed because “Israel first” Zionists essentially own our government, which is because the Rothschilds own the central banking system and have money creation powers and they promote Zionism. So you play by their rules, or you don’t get big money access. This is why most industry monopolies are headed by Zionists. It’s not a random chance thing that the tops of most all industries are super gung-ho about Israel. This is also why they get the most aid, and why they have the biggest lobbying groups.