Bill Browder, CEO of Hermitage Capital, a frequent Kremlin critic who now lives and works in Britain — was thrust back into the news on Monday, when Russia’s president, Vladimir V. Putin, accused Mr. Browder and his associates of evading taxes on some $1.5 billion of earnings in the country.

“They never paid any taxes,” Mr. Putin said at a news conference, standing alongside President Trump. “Neither in Russia nor in the United States. Yet, the money escaped the country.”

The Gateway Pundit reports: Putin offered to permit officials in the US, including Mueller, to Russia to assist in their investigation of the supposed Trump-Russia collusion story. Then Putin dropped his bomb where the US could reciprocate Russia in one of their investigations –

Vladimir Putin told reporters: Last year there was one extradition case by the United States… Mueller can use this treaty as an official request to us… in this case this kind of effort should be a reciprocal one… For instance, we can bring up Mr. Browder… They sent a huge amount of money $400,000,000 to Hillary Clinton.

For instance, we can bring up Mr. Browder, in this particular case.  Business associates of Mr. Browder have earned over $1.5 billion in Russia and never paid any taxes neither in Russia or the United States and yet the money escaped the country. They were transferred to the United States. They sent [a] huge amount of money, $400,000,000, as a contribution to the campaign of Hillary Clinton.  Well, that’s their personal case.  It might have been legal, the contribution itself but the way the money was earned was illegal.  So we have solid reason to believe that some [US] intelligence officers accompanied and guided these transactions.  So we have an interest in questioning them.

So, who is Bill Browder?

According to The Gateway Pundit, Bill Browder’s grandfather was head of the Communist Party USA.

Bill Browder took a different path. After getting an M.B.A. from Stanford in 1989, he went into finance, joining a flood of investors looking to make a fortune from the privatization of the Russian economy following the collapse of the Soviet Union.

The Russian government put Browder on the Interpol most wanted list in  2017.

Even before the meeting between President Trump and Putin took place, Bill Browder was declaring Putin the victor on MSNBC.

BBC reported on the arrest of Bill Browder only two months ago in Spain.

After an hour in custody he was released because the warrant was no longer valid, Spanish police said.

Mr. Browder had earlier tweeted that he had been arrested on a Russian Interpol arrest warrant. 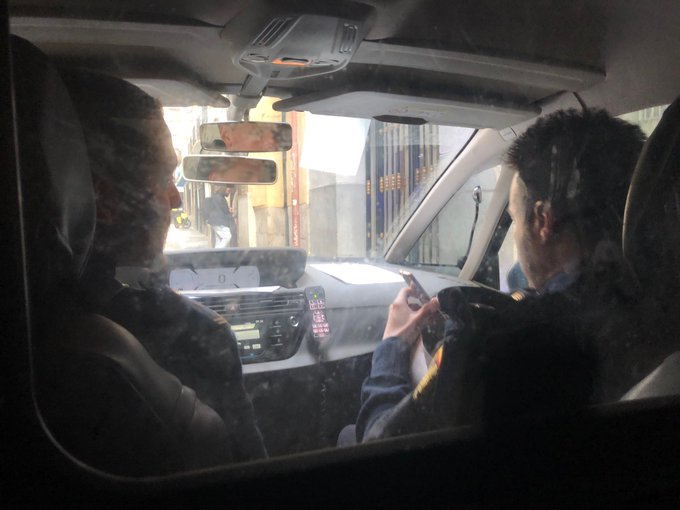 In the back of the Spanish police car going to the station on the Russian arrest warrant. They won’t tell me which station

Interpol rejected the claim, saying: “There is not, and never has been, a Red Notice for Mr. Bill Browder.”

The agency said in a statement: “Mr. Browder is not wanted via Interpol channels.”

But there were multiple accounts about how the confusion arose, and why Mr. Browder was detained.

A police spokesman told AFP: “An arrest warrant has a date limit and when that expires, it must be deleted from the computer programme and in this case Interpol hadn’t deleted it.”

Mr. Browder is widely credited with the creation of the Magnitsky Act – a 2012 range of sanctions from the United States on top Russian officials accused of corruption.

The act was named after his former lawyer, Sergei Magnitsky, who uncovered an alleged tax fraud in Moscow – and died in a Russian prison in 2009.

Since then, Mr. Browder has campaigned for investigations into the alleged fraud.

He was put on trial in absentia in 2013 for tax evasion – in the same trial where the deceased Magnitsky faced charges, which was labeled “absurd” by observers.

Mr. Browder was once one of the biggest foreign investors in Russia, controlling Hermitage Capital Management.

Russian prosecutors accused him of creating a firm for tax fraud purposes. Mr. Browder has always said that the charges against him are politically motivated.

Browder tweeted his interview on ABC News regarding the meeting between President Donald J. Trump and Russian President Vladimir Putin:

My thoughts on the huge error of Trump meeting with Putin as effective ‘equals’ in Helsinki. Putin is a guy who should be contained, not engaged.

NYT’s writer Kenneth P. Vogel tweeted: We tried to fact-check PUTIN’s claim that @BillBrowder‘s associates donated $400M in un-taxed Russian $ to @HillaryClinton‘s campaign, but it was so completely without evidence that there were no pants to light on fire, so I hereby deem it “WITHOUT PANTS.”

We tried to fact-check PUTIN’s claim that @BillBrowder‘s associates donated $400M in un-taxed Russian $ to @HillaryClinton‘s campaign, but it was so completely without evidence that there were no pants to light on fire, so I hereby deem it “WITHOUT PANTS.” https://www.nytimes.com/2018/07/16/world/europe/putin-bill-browder-magnitsky-investor.html … 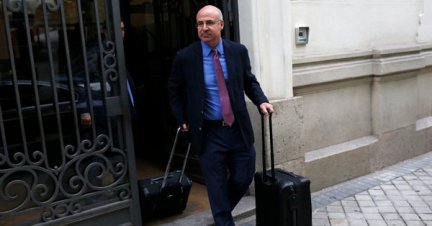 William Browder, an investor, has led a global human rights fight against the Kremlin that has resulted in sanctions being leveled against Russian officials, becoming a thorn in Mr. Putin’s side.

From the New York Times article: Mr. Browder and others who closely followed the Kremlin’s campaign against him expressed puzzlement over what Mr. Putin may have been referring to on Monday when he claimed that Mr. Browder’s associates steered $400 million to Mrs. Clinton’s campaign.

“This is just part of their weird non-fact-based emotional reaction,” Mr. Browder said. “He has become unhinged.” Mr. Browder said he has not spoken to any members of the Ziff family in “a long time.” 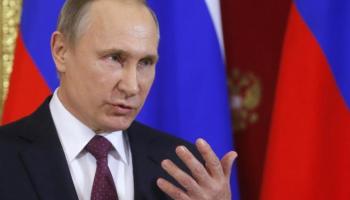 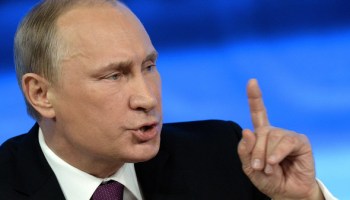 “You Have no Right to Talk About Syria’s Future!” Putin Slaps the US Secretary of State