One Man’s Battle Against a Satanic Cult. Think Satanists Don’t Have Power in Our Gov’t? Read These Books!

by Homer Van Meter (Author)
4.0 out of 5 stars    2 customer reviews
The core story of this sequel to 4900 Nights is the attempted murder of the author. Van Meter is shot five times and nearly dies. This true-life narrative begins with the horrific, violent encounter which leads to the assassination attempt, then progresses to the subsequent investigation and corruption by police and public officials. The forward is written by retired FBI director Ted Gunderson who investigated aspects of the case and the ensuing cover-up.

See all formats and editions

Another Man’s Battle Against a Satanic Cult in Court: 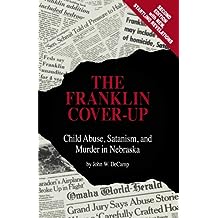 The Franklin Cover-up: Child Abuse, Satanism, and Murder in Nebraska

The shut-down of Omaha, Nebraska’s Franklin Community Federal Credit Union, raided by federal agencies in November 1988, sent shock waves all the way to Washington, D.C. $40 million was missing. The credit union’s manager: Republican Party activist Lawrence E. “Larry” King, Jr., behind whose rise to fame and riches stood powerful figures in Nebraska politics and business, and in the nation’s capital.

In the face of opposition from local and state law enforcement, from the FBI, and from the powerful Omaha World-Herald newspaper, a special Franklin committee of the Nebraska Legislature launched its own probe. What looked like a financial swindle, soon exploded into a hideous tale of drugs, Iran-Contra money-laundering, a nationwide child abuse ring, and ritual murder.

Nineteen months later, the legislative committee’s chief investigator died – suddenly, and violently, like more than a dozen other people linked to the Franklin case.

Author John DeCamp knows the Franklin scandal from the inside. In 1990, his “DeCamp memo” first publicly named the alleged high-ranking abusers. Today, he is attorney for two of the abuse victims.

Using documentation never before made public, DeCamp lays bare not only the crimes, but the cover-up – a textbook case of how dangerous the corruption of institutions of government, and the press, can be. In its sweep and in what it portends for the nation, the Franklin cover-up followed the ugly precedent of the Warren Commission. 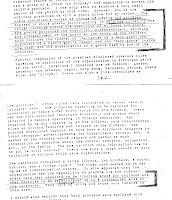 Note the satanic references in the underlined text with blood ritual, goat head, robes, and altar. This U.S. Customs Service criminal investigation report into the cult Finders demonstrates their satanic practices. The investigation was in 1987. When the CIA got involved, it became a CIA “internal matter.” Why is the CIA involved with satanism?
see Finders Report below for the entire report 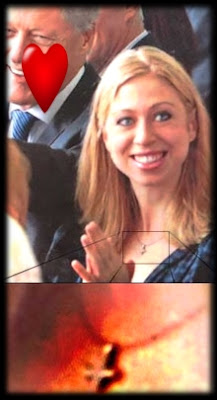 BILL AND HILLARY CLINTON HAVE ALWAYS BEEN PARTICIPANTS IN THE CIA’S MKULTRA PROGRAM (NOW KNOWN AS MARATHON). THIS WEBSITE HIGHLIGHTS AN INCIDENT PERPETRATED BY HILLARY AGAINST FORMER CIA MIND CONTROL SLAVE ~ CATHY O’BRIEN.