Just Another Bought & Paid For Politician-When Will They Grow Spines Or Become America Firsters? 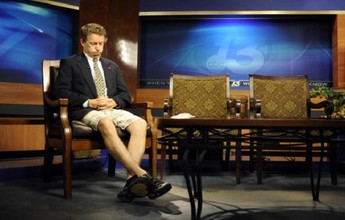 We’ve seen this game from Rand Paul before.

Step 1: Make a big show of having libertarian principles that make him break from normal Trump Republicans.
Step 2: ???
Step 3: Do what Republican leadership orders him to do.

Rand Paul’s principles are worth nothing, because he doesn’t vote on them. He talks about them, causes some mild consternation in the Republican Senate caucus, and then votes the way he is told at the end of the day.