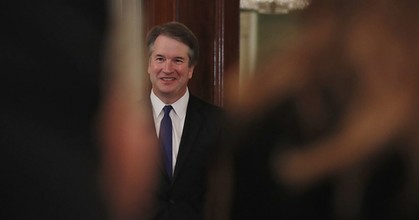 It’s not yet clear if Kavanaugh’s November 2015 concurrence while serving on the U.S. Court of Appeals for the D.C. Circuit will factor prominently in his confirmation proceedings. But before he was nominated, anti-surveillance progressive and conservative advocates expressed concern.

With pro-abortion Justice Anthony Kennedy’s retirement, Kavanaugh could swing the court to a conservative majority and be a deciding opinion on vital issues like abortion restrictions and Roe v. Wade.

Kavanaugh has served on the U.S. Circuit Court of Appeals for D.C. for more than a decade, where he developed an extensive record of protecting religious liberty and enforcing restrictions on abortion. Pro-life leaders believe he would do the same on the Supreme Court.

The abortion industry is worried.

Dawn Laguens, vice president of Planned Parenthood, told the AP in a statement: “There’s no way to sugarcoat it: With this nomination, the constitutional right to access safe, legal abortion in this country is on the line.”

On Monday evening, Planned Parenthood and other pro-abortion groups held a raucous protest outside the U.S. Supreme Court as Trump made his announcement. The protest became so nasty that some journalists said they left because they did not feel safebroadcasting there. 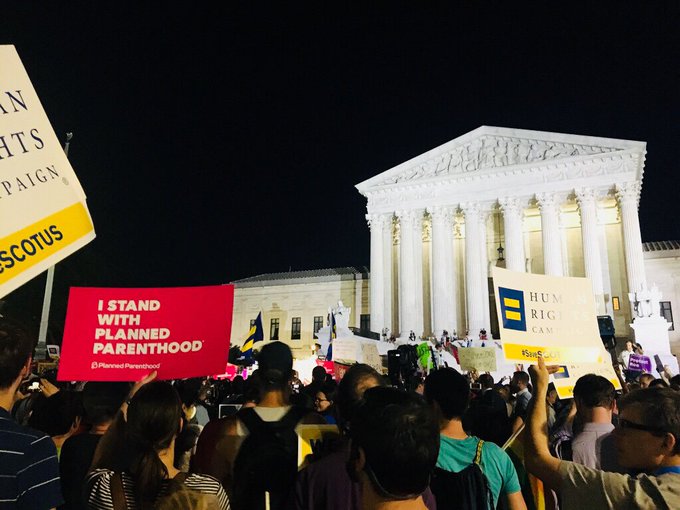 We’re rallying outside of the Supreme Court to reject Brett Kavanaugh, Trump’s #SCOTUS pick who could wreak havoc on our health, rights, and communities for generations to come.

At least seven people were arrested during a similar protest Monday night outside Trump Tower in New York City where abortion was a key focus, PIX 11 News reports.

Roe v. Wade has been at the center of most discussions about the nomination. With five conservative justices on the Supreme Court, the infamous abortion ruling could be overturned and the power to restrict or prohibit abortions and protect unborn babies returned to the states.

“It’s clear our constitutional right to access abortion is on the line. You don’t even need to take our word for it,” Planned Parenthood wrote on Twitter, pointing to a tweet by the pro-life Susan B. Anthony List that praised Kavanaugh as an “outstanding choice.”

Cecile Richards, who ran Planned Parenthood for more than a decade, also blasted the nomination, saying Roe v. Wade and the future of abortion is at stake.

“We cannot allow our daughters to have fewer rights than we do,” Richards said on social media.

In reality, overturning Roe would give daughters more rights by allowing states to protect their rights before they are even born.

San Francisco lawyer Steve Mayer, who briefly worked with Kavanaugh, had a different idea about what might happen with the court. He said the nominee is “no friend of abortion,” but Roe v. Wade might be overturned in pieces, rather than as a whole.

As for how he’d vote, Mayer says, “My guess would be that Roe versus Wade will die the death of a thousand cuts rather than an outright overruling, at least at first.”

“Judge Kavanaugh is definitely not acceptable to us,” said Gilda Gonzales, president of Planned Parenthood Northern California. Gonzales says Planned Parenthood is working to ensure women’s rights are not diminished by reversing Roe v. Wade. “If a vast majority of Americans don’t agree with this, this is the moment that their voices need to be heard.”