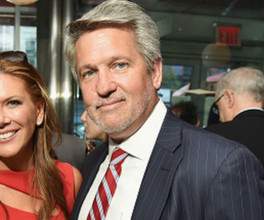 (Washington, D.C., July 3, 2018). Today Larry Klayman, the founder of both Judicial Watch and now Freedom Watch and a former federal prosecutor, called for an investigation into allegations made against former and now fired Fox News executive Bill Shine.

Klayman is asking the Manhattan District Attorney and the U.S. Attorney in New York City to review serious and published allegations about Shine, including his activities involving Laurie Luhn, a former Fox News employee who has alleged she was sexually abused by former Fox CEO Roger Ailes.

Luhn claims allegedly that she was videotaped in sex acts by Ailes and that he “coerced her into performing sex acts on him.”

Klayman noted that Vanity Fair and New York magazine, among others, have published reports that Shine had been part of an alleged effort to have Luhn sequestered in a New York City hotel room for as much as six weeks.

According to New York magazine, Shine was allegedly in charge of Luhn as he and other Fox executives sought to cover up the allegations against Ailes.

Luhn alleged that she had suffered a “mental breakdown” and while at the hotel under his supervision she was on drugs in a “state of delirium.” She further alleged that Shine monitored and reviewed her email contact with family and friends.

“The second floor was in charge of my life. I wasn’t in charge,” Luhn told the magazine, referring to the Fox News office where Ailes and Shine worked. Shine has allegedly admitted he later provided a psychiatrist to treat Luhn with drugs.

Klayman had this to say over the report:

“It is truly bizarre that Shine, now a fired Fox News executive would be alleged to have exercised involuntary control over an employee suffering mental illness. There is a now a serious question. These allegations must now be thoroughly investigated before Shine is even considered to ascend to the White House, particularly if Shine engaged in involuntary captivity of Luhn while she was in need of medical assistance.

“President Trump is not anti-women’s rights, but he has been unfairly branded as such by the leftist media in a further attempt to harm his presidency and to try to drive him from office. Before he hires Shine, he should first allow for a full investigation into Shine’s alleged abuse of Ms. Luhn and cover-up which, if true, could amount to obstruction of justice.

“The now fired Mr. Shine has been alleged to have been involved in some way in at least three lawsuits involving sexual harassment of women while he and Ailes were at Fox News. The president does not need unnecessary controversy at this time by naming Shine to as what is in effect a deputy of chief of staff in charge of communications and messaging, as he seeks to appoint a Supreme Court Justice, denuclearize the Korean Peninsula, deal with Iranian terrorism and its similar nuclear threat, curb illegal immigration, negotiate good trade deals and a host of other pressing and crucial issues.”

Support Our Cause and Join Our Fight!
Go to https://www.freedomwatchusa.org/donate
Or call 844 FW ETHIC to contribute to Freedom Watch now
Your help is urgently needed!
Klayman: Mueller’s Leftist Witch Hunt Marches On!
Go to www.FreedomWatchUSA.org to Sign Petition to Remove Mueller. Also Donate and Share! 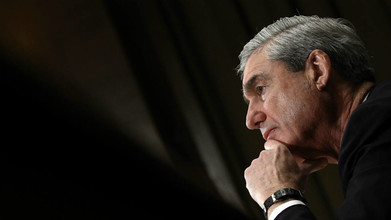 Mueller’s team is reportedly looking into NRA donors with links to Russia and investigating whether some donors used the organization to illegally funnel foreign money to President Trump’s campaign.

Continue Reading…..
Support Our Cause and Join Our Fight!
Go to https://www.freedomwatchusa.org/donate
Or call 844 FW ETHIC to contribute to Freedom Watch now
Your help is urgently needed!
Follow us on Twitter and Facebook
Order Freedom Watch products through Zazzle.com. Proceeds go directly to Freedom Watch and support our fight for liberty and constitutional rights. Go to www.zazzle.com/freedomwatch/products
Contact Freedom Watch at daj142182@gmail.com or (424) 274 2579.