Economic Hegemony Loss to China Looming! Powerful Investors Have Trump Call for an About Face 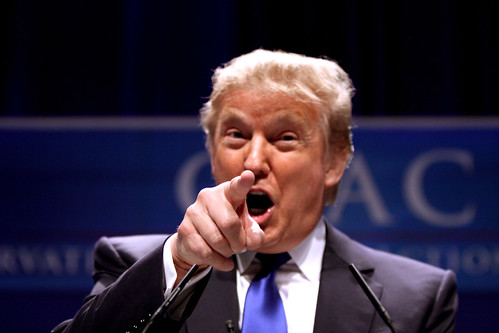 The willingness of humanity to continue to accept the white world’s profitable investments in genocide will end in 25 years when world economic power shifts from Europeans, and their descendant nations, to the six sevenths of humanity they plundered. Realizing this, leaders of 1/10th of 1% who rule America have Trump demanding investment in the US instead of in the low wage 3rd World that China will soon lead.

Russia and China, not using their veto power to prevent a UN authorized neocolonial powers murderous reconquest and destruction of a wealthy and prosperous independent socialist Libya [see Russians Calling Medvedev a “Traitor” for Not Vetoing UN NATO War on Libya in Larger Context] is only an extreme example of a general world wide ‘might makes right’acquiescence to the colonial-neoclonial profitable genocide that has gone on for centuries, and will most probably continue to go on until world economic power shifts from Europeans and their descendant nations over to the more than six sevenths of humanity they have plundered.

Russia, and China, have made no noise about an all Caucasian nations murderous fifteen year occupation of poor Afghanistan for fifteen years, and both adhere to a worldwide unwritten etiquette of diplomatic politeness not to identify the United States with its genocides in Korea, Laos, Vietnam, Cambodia, Iraq and elsewhere, not alerting the constantly targeted Third World that the US has either invaded or overthrown the government of every nation in Latin America. Indeed, most diplomates repeat blatant US lies about President Assad of Syria and play along with the farce that the US did not fund the creation of ISIS, as it did al Qaida earlier, to destroy America’s designated enemies .[1]

No leader anywhere ever seems to call for prosecution of US invasions under the Nuremberg Principles of International Law. Even the very leaders of nations under illegal US NATO attack fail to even speak of laws broken. [see

At UN General Debate Iran Fails to Call for Nuremberg] People will one day look back in astonishment to UN debates in which nations bombed and invaded by the US and NATO did not call for justice under the Nuremberg Principles of International Law, allowing the US to get away with genocide after genocide. (Read US signed Genocide Convention’s definition) [2]. The single exception this author could find is Gaddafi’s comprehensive UN General Assembly address in 2009 calling for investigation of all wars and restitution for victims of US NATO UN crimes against humanity beginning with the intentional torching of Palestine.[3].

The finest journalist, top intellectuals and historians, to a man, stick to reporting and chronicling events of human horror as if they were simply RealPolitik, as unchallengeable as the weather, never including the whole truth that they are obvious prosecutable genocidal crimes against humanity. Inversely, in the case of domestic homicide on a city street anywhere, the first issue to clarify whether what happened was a crime or not. Amazingly, in world coverage journalism the word ‘crime’ is never employed. Journalists report mass murderous world events as terrible or mistaken foreign policy, rarely, if ever, citing a need for reparations, indemnity, or compensation for surviving victims. Presently even RTTV, the most popular source of anti-Western imperialism news claiming “more than 3 billion views across its channels and 3.5 million subscribers,” seems to present horrific upon horrific news as entertaining information. Among the “Shows” it presents with RT’s own descriptions are: ‘ The News Thing’ “a satirical show;” ‘Redacted Tonight’ “perhaps only comedy can truly bring truth to the people;” ‘Watching the Hawks’ “media, politics and pop culture;” ‘The Big Picture’ “hottest political show;” ‘CrossTalk’ “hot-topic discussions on politics and trends;” (wherein obvious lies are represented by US officials); ‘Politiking’ “with Larry King;” Kirby’s War of Words’ “RT’s most opinionated personality.”

Jay Janson is an archival research peoples historian activist, musician and writer; has lived and worked on all continents; articles on media published in China, Italy, UK, India and the US; now resides in NYC; First effort was a series of (more…)