Sean Hannity is Another Zion Shill

Klayman: No Problem Hannity Being Close to the President and Supporting Him: I Just Hope Trump Does Not Rely on His “Advice”! 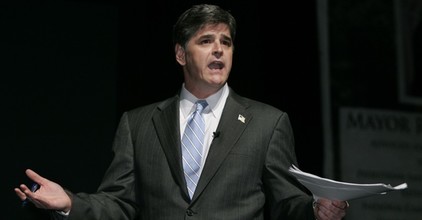 Sean Hannity Failed to Tell His Viewers the Truth
By Conor Friedersdorf
The Atlantic
May 15, 2018

Sean Hannity, the Fox News commentator and talk-radio host, is perfectly entitled to support President Donald Trump, to defend Trump’s allies, and to attack Trump’s enemies. But his audience deserves the truth about his relationship to this presidency.

He has yet to level with them.

Oh, viewers know that Hannity is a right-wing populist who calls himself a conservative and votes Republican. No one is under the impression that he is “fair and balanced,” and the most discerning can calibrate their viewing experience accordingly. But most viewers understandably assumed that Hannity’s coverage of Trump is no different than his commentary on other elected GOP officials he has supported.