Moving U.S. Embassy to Israel is THE STRAW THAT BROKE THE CAMEL’S BACK!!! 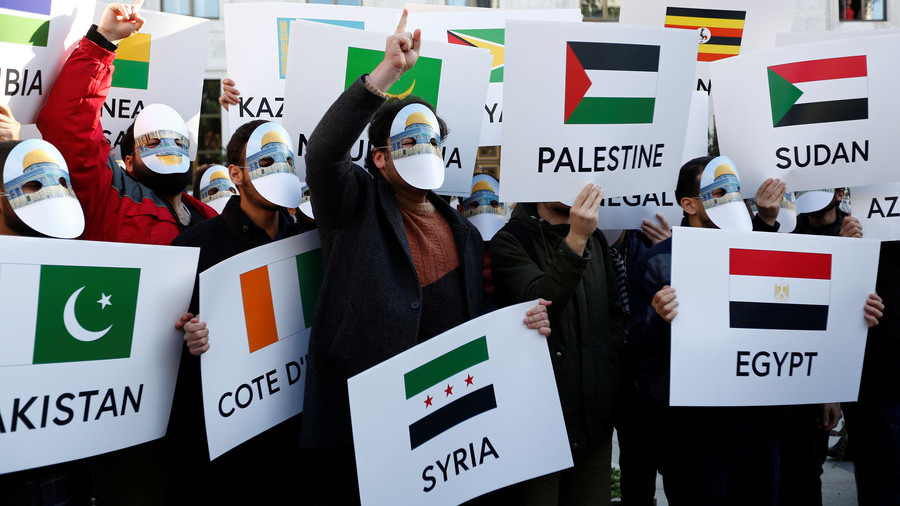 Pro-Palestinian demonstrators carry banners with flags of Muslim nations. © Murad Sezer / Reuters
Muslim nations must get together and prevent other countries from following the US in moving their embassies to Jerusalem, Mevlut Cavusoglu, Turkish Foreign Minister, said at a summit centered on the Israeli killings in Gaza.

“We will emphasize the status of the Palestine issue for our community, and that we will not allow the status of the historic city to be changed. We must prevent other countries following the US example,” Cavusoglu said as he opened an Organization of Islamic Cooperation (OIC) meeting in Istanbul on Friday. 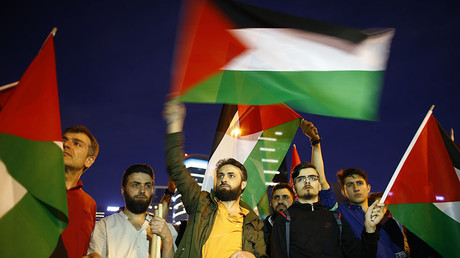 Turkey vows to bring Israel to ICC over Gaza carnage, Tel Aviv says Ankara will be there first

An extraordinary summit of the 57-member block was called by Turkey after 60 Palestinians were killed and over 2,700 injured by Israeli troops during protests against the Monday’s opening of the US Embassy in Jerusalem.

The historic city is contested between Israelis and Palestinians, who say that East Jerusalem should become the capital of their future sovereign state. Guatemala became the second country to move its diplomatic mission to Jerusalem, with Paraguay promising to do the same in May.  (admin:  These are vassals of the United States.)

At a preparatory meeting of Muslim foreign ministers ahead of the IOC summit, Cavusoglu said that “shameful” Israeli aggression against the mostly unarmed Palestinian demonstrators was “the final straw,”Anadolu agency quoted him as saying.

“As a community in solidarity, we must give the strongest reaction to Israel’s crime against humanity,” he said. “We must ensure that the Israeli authorities and Israeli soldiers, who point guns at defenseless people, are held accountable.”

The final declaration of the IOC summit, which the ministers gathered to work out, will “shout out that we won’t allow any change to Jerusalem’s historical status,” Cavusoglu said.

Palestinian foreign minister, Riyad al-Maliki, said that Israel’s “criminal behavior must have its price and accountability” and warned that “today it’s Palestine; tomorrow could be someone else’s turn.”

Maliki called the relocation of the US Embassy to Jerusalem “an assault on the essence” of the international Muslim community. He also slammed Washington for blocking the UN Security Council from condemning the killings of Palestinians, saying that “the US actions represented strategic and significant threats to our collective rights that we must confront.” 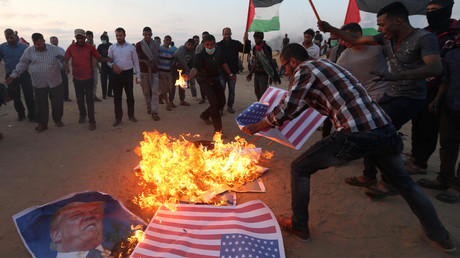 ‘Palestinians protesting in wrong country to get US support’

The US saw no connection between the escalation of Israeli-Palestinian violence and the opening of the embassy in Jerusalem and Washington’s envoy to the UN, Nikki Haley, stated that those who thought otherwise were “sorely mistaken.” There was also no condemnation of Israeli actions by the US side, with Haley saying that Palestinian group Hamas should be held responsible as it has “incited attacks against Israeli security forces and infrastructure.”  (Lies, all Lies. Admin)

Turkey has been among the most vocal critics of the relocation of the embassy and the Israeli crackdown on Palestinian demonstrators. By carrying out the move, the US “has chosen to be a part of the problem rather than the solution… lost its mediating role in the peace process” between Israel and Palestine, Turkish President Recep Tayyip Erdogan said.

Erdogan slammed Israel as “terrorist state” and accused it of “genocide” due to the use live force against the protestors. Turkey also expelled the Israeli council general in Istanbul from the country due to the events in Gaza, with Israel retaliating by kicking out Turkish consul general from Jerusalem.

My Comment:  Turkey is telling the truth and Nikki Haley belongs at the top floor of Bellevue for the criminally insane. 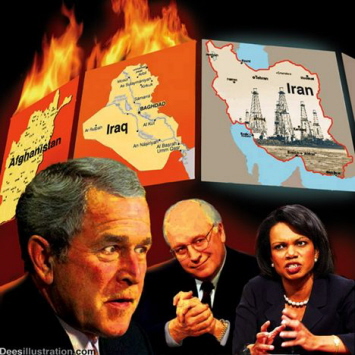 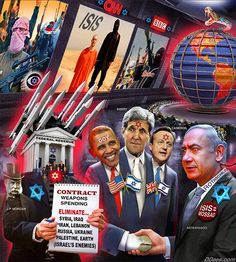