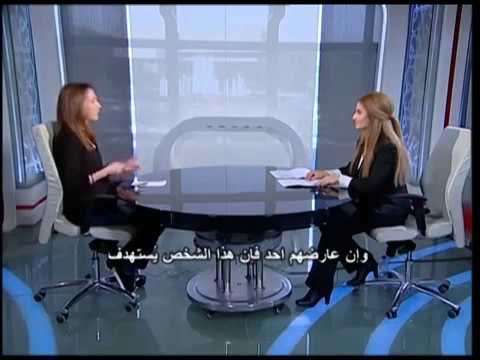 While in Syria, on May 17, 2018, I gave an interview on Syria Insider. I’ve since added corresponding footage or photos to the video, to highlight some of the points I made.

*Editing credits at the end pertain to the original video on Syria Insider, shared here.

Western media describes the massacre as a ‘hiccup’:

Vanessa Beeley articles on the massacre of civilians from Foua and Kafraya:

Hypocrisy and double stardards of dismissal of hassan diab testimony:

-My article on the exploitation, for war propaganda, of Bana al-Abed:

*That Bana could not speak English:

Rebuttals to character smears and libel:

-The White Helmets Are A Propaganda Construct

-An Open Letter to Olivia Solon

-A Personal Reply to the Fact-Challenged Smears of Terrorist-Whitewashing Channel 4, Snopes and La Presse

From on the ground in eastern Ghouta:

-A look at part of the labyrinth of tunnels the terrorists formerly occupying Douma used to evade detection and thus prolong the misery of civilians held hostage by terrorists who executed civilians and hoarded food.

-Tunnels in Saqba, with rooms full of medicines. Recall that western media told us that the Syrian government wasn’t allowing aid into eastern Ghouta…

*Order Returns To Western Cities, Civilians Recount Horrors Of Rebel Rule: In revisiting Madaya and al-Waer after their reclamation by the Syrian army, it soon became clear from Bartlett’s conversations with residents, just how distorted the reporting of corporate media about their fate under “rebel” control had been.

-Syria: how the violence began, in Daraa, by Tim Anderson

–On the not destroyed Al-Quds hospital:

“In April 2016, media, in chorus, reported that the Syrians or Russians had “destroyed” the Quds hospital in Sukkari, eastern Aleppo. The source of this claim was Médecins Sans Frontières (MSF), which reported: “According to hospital staff on the ground, the hospital was destroyed by at least one airstrike which directly hit the building, reducing it to rubble.”

The lie was repeated, including in this Washington Post report: “Airstrikes Wednesday night collapsed a hospital supported by Doctors Without Borders and the International Committee of the Red Cross (ICRC).”

Yet, in June 2017, I stood inside the intact Quds hospital, which had not been reduced “to rubble” as MSF had claimed. It is not plausible that the building was “destroyed” and then rebuilt while eastern areas of Aleppo were under military siege.”

“From the terrorists’ May 3rd bombings, a rocket landed on a parked car right next to the al-Dabeet maternity hospital, causing a massive explosion which gutted the hospital interior, severely damaged the exterior, and burned the two cars parked behind it. Footage from a nearby building’s security camera shows the rocket and subsequent massive explosion occurred at 9:36 am, May 3rd.

The three women killed were in the al-Dabeet hospital reception at the time, said Dr. Dabeet. One of the injured included a 28-week-pregnant woman who survived the loss of long sections of her intestine due to shrapnel injuries.

The operating room was destroyed, along with patient rooms, five of ten incubators (the other five needing repair), and much of his equipment.

One week later the maternity hospital was again hit by a terrorist-fired mortar, destroying the roof and injuring construction workers there, according to Dr. Dabeet.”

-Scenes from Aleppo’s old city, renewed life around the Citadel

-Channel 4 deflection: “Let’s not get into history”…