Trump’s Syria Withdrawal Plan: Arabs Will Pay For It 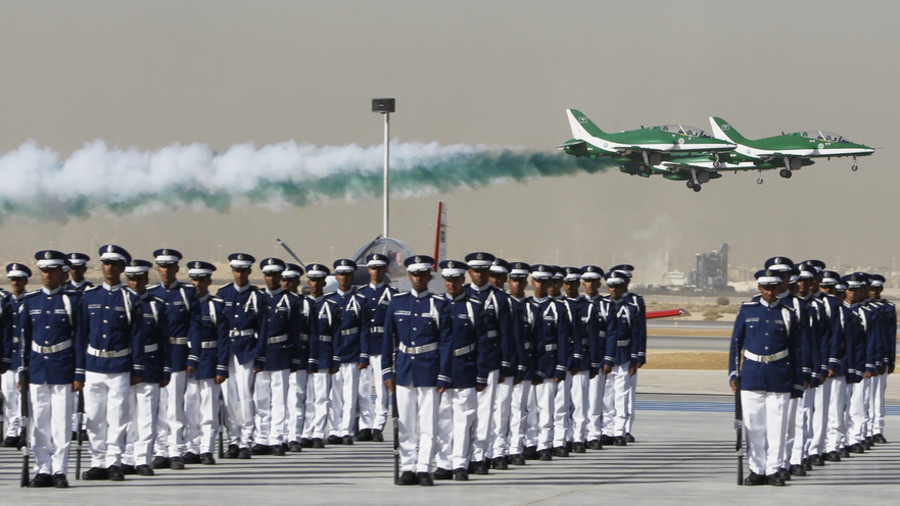 Royal Saudi Air Force jets fly in formation during a graduation ceremony for air force officers at King Faisal Air Academy in Riyadh January 1, 2013. © Fahad Shadeed / Reuters
Washington reportedly wants Saudi Arabia, the UAE and Qatar to replace the US in terms of troop deployments and funding in “stabilizing northeastern Syria,” according to the Wall Street Journal.

The US currently has two major points of military presence on the ground in Syria: one on the border with Jordan in the south and one in northeastern Syria in an area controlled by the predominantly Kurdish Syrian Democratic Force (SDF). President Donald Trump announced plans to withdraw American troops from Syria, apparently dismayed by the cost of the operation. According to the Wall Street Journal, the Trump administration wants to shift the burden of occupying northeastern Syria – which is touted as an effort to stabilize the area by the newspaper – to Arab countries. 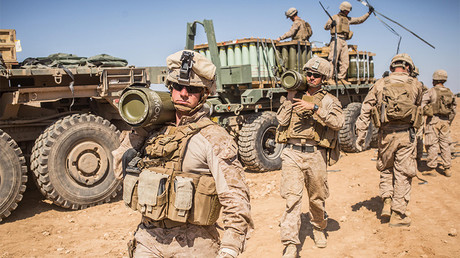 Syria withdrawal dilemma: Trump’s Mideast strategy is as confused as ever

The WSJ says John Bolton, Trump’s new national security adviser, called Abbas Kamel, Egypt’s acting intelligence chief, to see if the Arab nation with the largest standing army was willing to contribute to the planned changing of guard. Washington also asked Saudi Arabia, Qatar and the United Arab Emirates to contribute billions of dollars into a buildup in northern Syria and asked to send troops as well.

“The mission of the regional force would be to work with the local Kurdish and Arab fighters the US has been supporting to ensure Islamic State [IS, formerly ISIS] cannot make a comeback and preclude Iranian-backed forces from moving into former Islamic State territory, US officials say,” according to the newspaper.

The plan is apparently meant as an easy way out for America, which found itself in a perilous situation in Syria, having troops there with no legal ground and balancing amid countering goals and interests. For instance, Washington’s NATO partner Turkey sees America’s Syrian Kurd allies as terrorists and a legitimate target for military action.

However, having the Americans replaced with other foreign troops would entail challenges, too. Saudi Arabia and the UAE are otherwise preoccupied with their stalled military involvement in Yemen and may find it politically awkward to deploy troops alongside Qatar, a nation they accuse of supporting terrorism and of being close to Iran.

Egypt’s troops are busy fighting against jihadist groups in the Sinai Peninsula in the east and securing the lengthy desert border with Libya in the west. Both regions became major security threats after the events of the Arab Spring, during which Libya was reduced with the help of NATO to a patchwork of warring militant groups. Egypt suffered several years of political turmoil and a military coup, after which the supporters of Muslim Brotherhood found themselves under government pressure again.

READ MORE: Trump wants to pull troops from Syria ‘as quickly as possible,’ but it won’t be very quick

The willingness of the Kurds to accept foreign Arab troops is far from certain. With some Syrian Kurds already feeling betrayed by the US over Washington’s failure to protect them from Turkey, getting a foreign Arab force deployed near their lands may be too much to swallow. Especially since some of the Islamist groups that the Kurds fought against during the seven-year war were funded and armed by the same Arab countries.

The WSJ also points out that cost reduction expected by the replacement may not be as big as the Trump administration hopes. The Arab expeditionary force would still require air support, logistical supply and possibly at least some presence of US troops among their ranks.