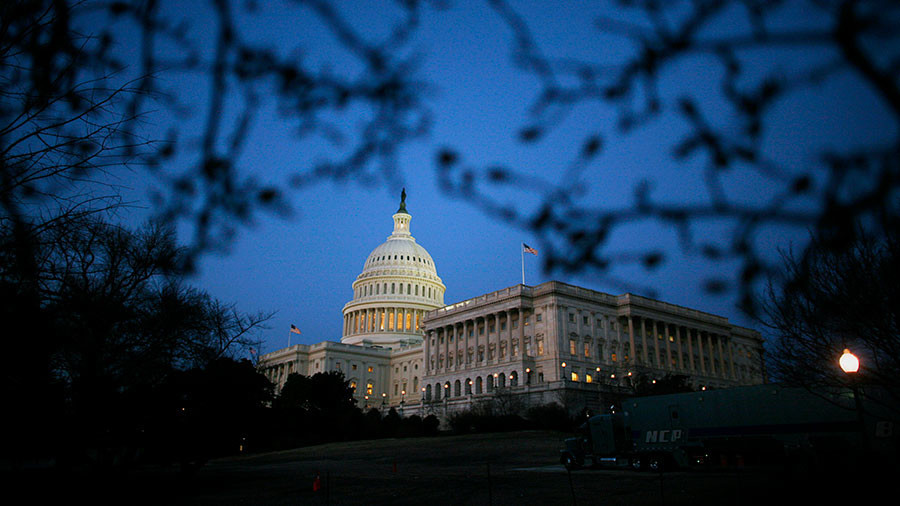 © Jim Young / Reuters
The US House Intelligence Committee has released a redacted declassified version of a report on alleged Russian interference in the 2016 presidential election, which officially clears President Trump of any collusion.

“While the Committee found no evidence that the Trump campaign colluded, coordinated, or conspired with the Russian government, the investigation did find poor judgment and ill-considered actions by the Trump and Clinton campaigns,” it said.

The 253-page document was produced based on a year-long investigation into the alleged Russian meddling. Representative Mike Conaway said the heavy redactions of the text were made on the insistence of the US intelligence community.

“I am extremely disappointed with the overzealous redactions made by the IC. Many of the redactions include information that is publicly available, such as witness names and information previously declassified,” he said in a statement.

“When we started this investigation, we set out to give the American people the answers to the questions they’ve been asking and we promised to be as transparent as possible in our final report. I don’t believe the information we’re releasing today meets that standard, which is why my team and I will continue to challenge the IC’s many unnecessary redactions with the hopes of releasing more of the report in the coming months.”

The committee announced key finding of their work in March. They accused Russia of attacking western democracies and using cyberespionage to interfere with the 2016 election, but failed to provide any evidence of a collusion between Donald Trump’s campaign and Moscow. The lack of a smoking gun disappointed many critics of the US president.

President Trump reacted to the news on Twitter, pointing out that no collusion with Russia took place, a line he has maintained since the investigation began.