POST Nuclear Bomb: See the Movie ‘The Road’ With Viggo Mortensen-This is the Type of Catastrophe Post Nuclear War

Nuclear winter (also known as atomic winter) is a largely hypothetical global climatic effect of city and natural wildfire firestorms. It is most frequently suggested to manifest as a result of the combined combustion pollution from the burning of at least 100 city sized areas at firestorm-intensity.

It shows the cities, towns and military sites which will be pulverised in the case of a 500-warhead or 2,000-warhead nuclear attack.

The larger attack, which would target 2,000 locations across the USA, would most likely be an unprovoked attack by an enemy.

In this case the enemy would have the element of surprise and would attempt to hit as many big cities and important military sites as possible. 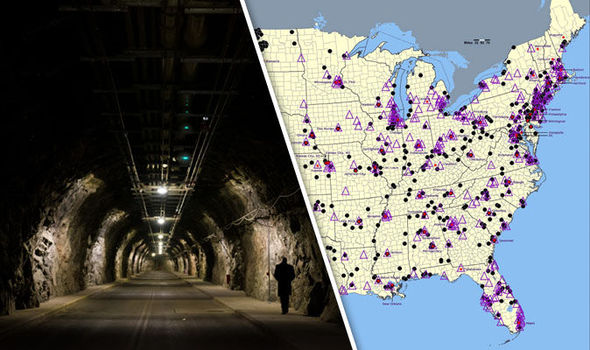 If America attacks first and is hit as response, the enemy would most likely know a victory would be impossible and would simply attempt to kill as many people as possible.

This map, put together by the Federal Emergency Management Agency (FEMA) and the National Resources Defense Council, shows the areas most likely to be attacked in these scenarios. 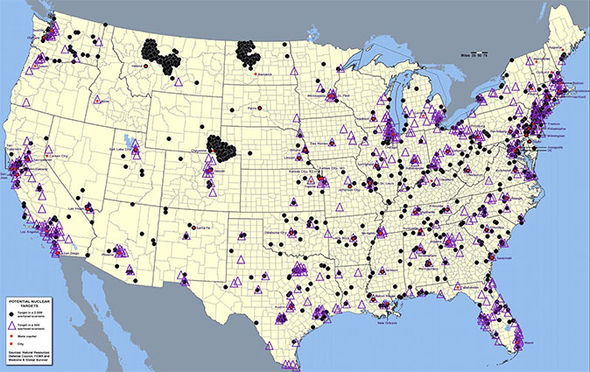 The purple triangles indicate big cities, while the black circles are smaller cities and towns, as well as military sites and missile launch sites.

Almost every state would suffer multiple devastating strikes, with only South Dakota and Idaho expected to be hit less than five times each. 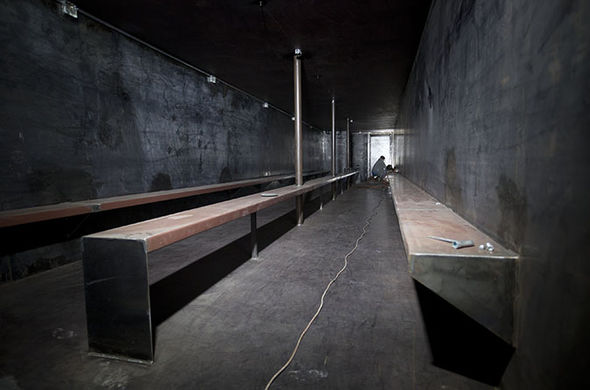 A nuclear bunker underneath a business in Texas

However, even in some bigger states such as California there are opportunities to survive.

The north Californian and Oregon coast does not contain any real missile targets, for example, and will also be free from fallout from other sites due to the prevailing wind direction.

However those safest from attack will be housed in the thousands of person nuclear attack bunkers located across America – and several top-secret super bunkers.

One such facility is the huge, underground Cheyenne Mountain Air Force Station in Colorado.

The massive site is dug into the side of a mountain and impermeable to missile strikes. It also previously housed the North American Air Defense Command (NORAD) which would be vital during a nuclear war. 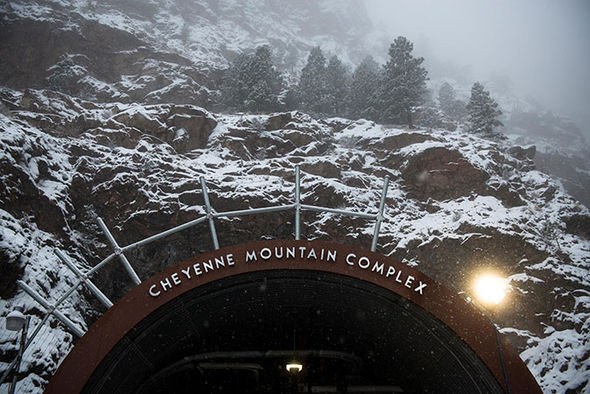 The Cheyenne facility built into a mountain in Colorado

The domestic nuclear bunker business is also booming – thanks in part to Donald Trump’s shock US election win.