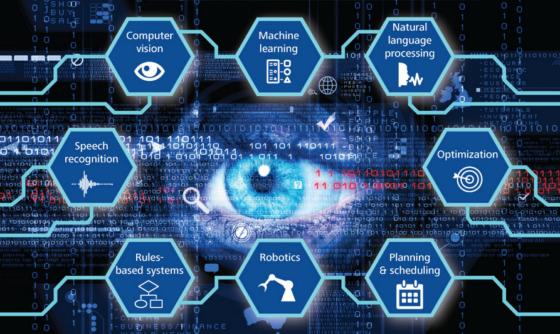 DARPA (Defense Advanced Research Projects Agency), an arm of the Department of Defense and known for their highly controversial experiments is now researching “time crystals.” But they won’t say why. That’s classified, but here’s what we do know.

DARPA has announced it’s funding research into pushing the limits of quantum mechanics and is looking into one of the strangest scientific breakthroughs in recent history: time crystals. Time crystals made headlines last year when scientists finally made the bizarre objects in the lab, four years after they were first proposed. Time crystals are made up of atoms with constantly oscillating spins. These atoms flip-flop, or “jiggle” in the presence of a regular force, such as an electric field keeping them ticking along – just think of it like a plate of Jell-O wobbling when you tap it. But what’s very odd about them is that the oscillation doesn’t necessarily line up with the tick of the field. For example, the time crystals made last year flipped only half as fast as the tick driving them.

So what could DARPA want with time crystals? That’s classified. “There might be applications related to measuring things with exquisite sensitivity in time and magnetic field domains,” Ale Lukaszew, DARPA program manager, told Ryan F. Mandelbaum over at Gizmodo. “Not a lot of these applications are open for discussion.”

According to Science Alert, DARPA seeks to stay ahead of defense tactics technology. The goal, according to the press release, is “to yield 10- to 100-fold performance improvement for defense-related sensors and devices.”

“A simple illustration of the concept of driving something out of equilibrium to increase its stability is the well-known trick of making an inverted broom stand up on the palm of your hand or on one of your fingertips,” said Lukaszew. “If you hold your hand still, the broom is unstable and will fall over quickly. But if you drive the broom out of equilibrium by moving your hand around periodically, you can make the broom very stable, so it remains upright indefinitely. If we can introduce a periodic drive to enable particles to be packaged close together in small spaces at room temperature, while still retaining quantum coherence, we may be able to reproduce the performance of the best sensors, such as atomic clocks and magnetometers, in small and robust devices for military use,” Lukaszew added.

But it still isn’t clear what the military purpose for a more sensitive atomic clock could possibly be. And if that’s all it is, why does that need to be top secret or classified?

This is sort of terrifying considering DARPA is highly secretive and already has the means to exterminate humanity, and we are not likely to make it to their list of elites who get to survive. Most recently, DARPA has also been investigating ways they can “hack” the human brain and body to make it die slower, and learn faster (or program your brain with the information they decide you’re allowed to receive. Likely, Orwellian propaganda.)

Contributed by The Daily Sheeple of www.TheDailySheeple.com.

This content may be freely reproduced in full or in part in digital form with full attribution to the author and a link to www.TheDailySheeple.com.