Trump Steps Up Support For Jewish Revolution In Iran….Report From InfoStormer…Any Media NOT Mentioning the Zionist Hand is Not True Media!

TRUMP STEPS UP SUPPORT FOR JEWISH REVOLUTION IN IRAN

The Zionist backed protests in Iran are entering its fifth day.

Unfortunately, the President is going full steam ahead with his support for this Jewish color revolution in Iran. He’s even pushing the tired Jewish talking points that for years have been used to demonize the Iranian government.

Here are a couple of his recent tweets.

What a year it’s been, and we’re just getting started. Together, we are MAKING AMERICA GREAT AGAIN! Happy New Year!! pic.twitter.com/qsMNyN1UJG

Iran is failing at every level despite the terrible deal made with them by the Obama Administration. The great Iranian people have been repressed for many years. They are hungry for food & for freedom. Along with human rights, the wealth of Iran is being looted. TIME FOR CHANGE!

Iran, the Number One State of Sponsored Terror with numerous violations of Human Rights occurring on an hourly basis, has now closed down the Internet so that peaceful demonstrators cannot communicate. Not good!

He needs to reconsider his support for this. The people didn’t elect him President to support Jewish color revolutions in foreign countries. His election was a repudiation of the Neo-Con/Neo-Liberal foreign policy of the past several decades.

We also know that these are not organic protests. This is an organized plot by Zionist intelligence assets to overthrow the Iranian government. It has nothing to do with freedom or democracy. It has everything to do with creating problems for a government opposed to Israel.

10 people are reported dead from the clashes. (Update – DEATH TOLL IN IRAN REACHES AT LEAST 20)

Thousands of Iranians have taken to the streets in recent days, with many protesters calling for the removal of Iran’s supreme leader, Ayatollah Ali Khamenei.The government warned on Sunday that protesters would suffer severe consequences if demonstrations continued and 10 protesters were reported killed, according to the Associated Press and Reuters.

“Those who damage public property, violate law and order and create unrest are responsible for their actions and should pay the price,” Interior Minister Abdolreza Rahmani Fazli told Iranian state media, according to Reuters.

In one Associated Press report, “The public discontent has been fanned by messages sent on the Telegram messaging app, which Iranian authorities blocked Sunday along with the photo-sharing app Instagram, which is owned by tech giant Facebook.”

Two protesters were shot in the town of Dorud in Iran’s Lorestan province Saturday night, the government confirmed.

I am skeptical that this Jewish color revolution will succeed, but this has created a dangerous situation. The protests have been going on for several days now. If the protests fail to do the job, the Zionists could try to do the same thing they did in Syria and start a war.

We already know what ZOG is saying about the Iranian protests on-going in the country.

Iran’s President Hassan Rouhani is upset at the foreign interference inside his nation but called on the police to be firm but fair when dealing with the protesters. He is not an unreasonable man but if you listen to the ZOG propaganda, you’d think he’s got horns growing out of his head.

The police only seem to be cracking down on protesters who get violent. From what it sounds like, the protesters are almost like the Iranian version of the anti-fascist scum we see here in the United States.

And here’s a summary of what’s going on from Press TV which is basically the English version of Iran state television.

FAKE NEWS: “HIJAB WOMAN” WHO “RISKED HER LIFE” BY REMOVING HEADDRESS PROVED TO BE A HOAX

She is a manufactured symbol designed to garner liberal support for a war with Iran. Exposing that clearly demonstrates the hoax that this entire thing is.

So this picture has been across the entire media, promoted as the symbol of Iranian resistance:

We were told by the Jewish media that the woman is “risking it all” by being a feminist revolutionary and taking off her hijab.

Jewish media figure Paul Joseph Watson tweeted that she was a “REAL feminist” who was “risking incarceration and death.”

Strange how so-called “progressives” in America are fetishizing the hijab, claiming it’s a “symbol of feminism” while REAL feminists in Iran are risking incarceration and death by removing their hijabs.

I understand the liberal arguments about the hijab being a symbol of misogynist oppression.

But hold on one cotton-picking minute here, folks.

Last Wednesday, the Iranian government – which I don’t believe ever executed women for not wearing the hijab as Watson claims – declared that it was no longer the law that women had to wear it.

Women in Tehran will no longer be arrested for appearing in public with their heads uncovered, almost 39 years after the strict dress code was introduced.

The surprise announcement was made late last night by police in the Iranian capital and overturns one of the most visible pillars of the Islamic laws under which the country has been governed since 1979.

“Those who do not observe the Islamic dress code will no longer be taken to detention centres, nor will judicial cases be filed against them,” said General Hossein Rahimi, the city’s police chief.

That announcement was made the day before protests allegedly relating to food prices on Thursday, protests which have now devolved into open riots and attempted anti-Islamic and feminist pro-democracy revolution.

It was described as a “surprise announcement”, but urely, the government knew this was coming, and decided to slightly mitigate it by doing something they were presumably already thinking of doing.

The fake news media simply doesn’t care about the facts, and will report that this girl was risking it all.

This is the way the media works. They just lie to you. But they do it subtly enough that it is believed by people who are not paying close attention.

In a shocking powerplay, the Jews have gotten the Alt-Lite to go along with the entire MSM narrative on this attempt to start a war with Iran, so we now have both left and right media and alleged “independent media” spewing the same exact thing: “Iran is evil, overthrow them, goyim.”

You understand why they wanted the Daily Stormer offline, why they are cleansing Twitter: 2018 is going to be an intense year.

ALT-LITE SHILLS ARE AGGRESSIVELY SHILLING FOR WAR IN IRAN

REPORT FROM THE DAILYSTORMER

The Alt-Lite has officially jumped the shark.

They are now aggressively shilling for a war in Iran.

They are endorsing it as “a real feminist revolution.”

I am honestly relatively shocked. I didn’t see this coming.

It’s surreal to see it. Every single one of these people knows that this is a JEWISH plot. They are just lying to the goyim, because they know where their money comes from.

The cynicism of purposefully lying to people who are trying to change society in order to grab cash is staggering. There is a special place in hell for these people.

This suggests uprising is authentic & not supported by US deep state.http://www.foxnews.com/opinion/2017/12/30/irans-protests-are-powerful-and-real-why-are-mainstream-media-outlets-so-hesitant-to-report-on-them.html …

Iran’s protests are powerful and real. Why are mainstream media outlets so hesitant to report on…

For all the squabbling that social media platforms are notorious for, their relevance to the media landscape plays an important role in times of protest.

Strange how so-called “progressives” in America are fetishizing the hijab, claiming it’s a “symbol of feminism” while REAL feminists in Iran are risking incarceration and death by removing their hijabs.

While the left fawns over hijab barbie, this woman risked prison for liberating herself of her hijab. http://www.mirror.co.uk/news/world-news/woman-branded-a-hero-removing-11771474 …

Until this week, women who failed to observe strict Muslim dress codes in Iran faced being arrested but now they will likely be made to attend classes run by police instead 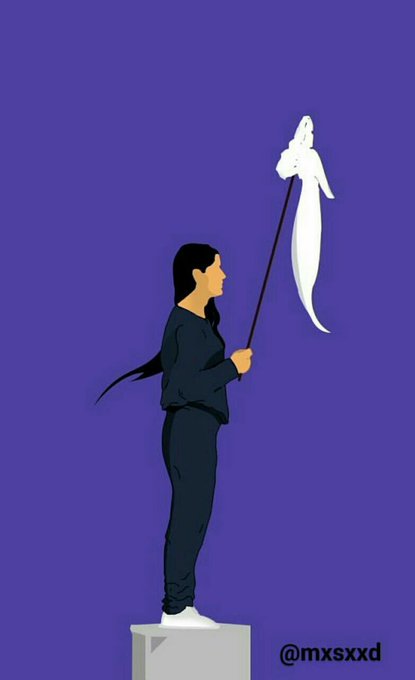 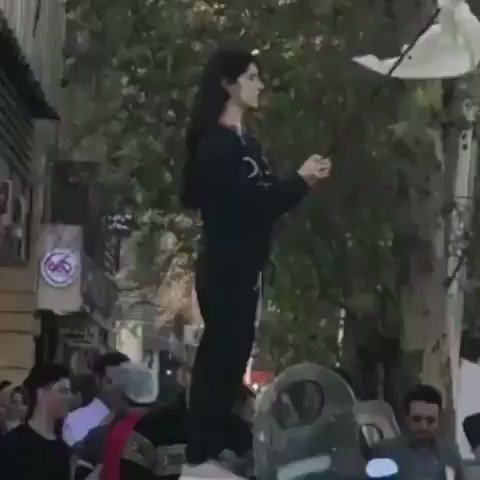 Has CNN shown this? 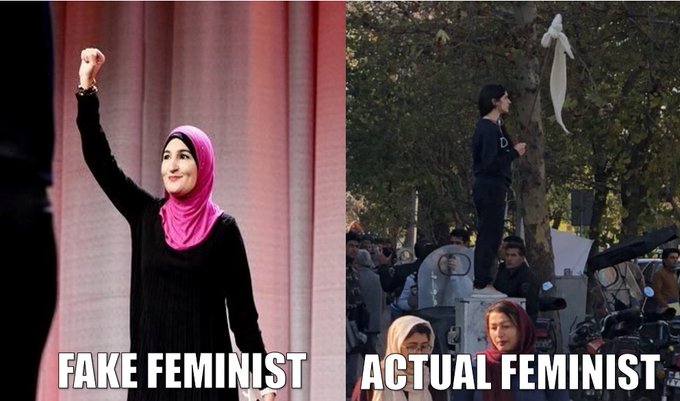 Deep state was caught totally unaware by the Iran protests. Hearing from all over that people in DC are scrambling to respond. Trump is way out ahead of them 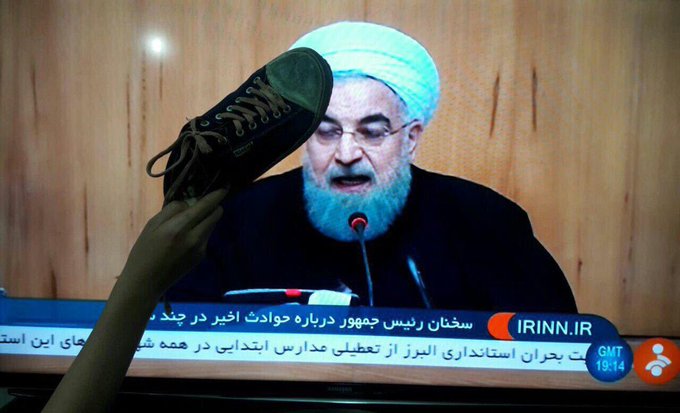 I’m covering the historic anti-Islamic rule uprising in Iran today. A free Iran is great for America. Feel free to post whatever you want on your own account here on twitter dot com, my dude https://twitter.com/TrumpLuvver/status/947509613833760769 … 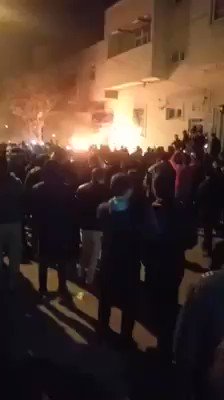 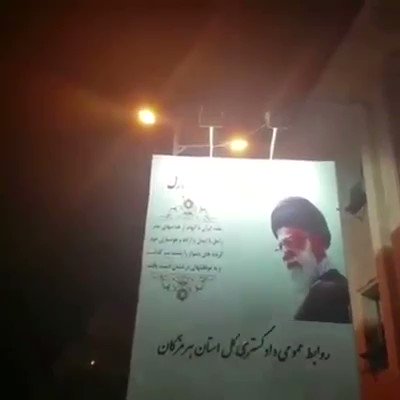 Iranian protesters tear down picture of the Supreme Leader

The Iran protests were not:

Economic issues, the people are starving and the government is robbing the people.

I have actual sources in Iran unlike “Twitter journalists.”

The truth about #IranProtests https://www.pscp.tv/w/bRauqjE0MDc0NTN8MWRqeFhNcE5uWVhLWp2GovthsgEF_gogSS7ntPs1HvlgtAcvEvu7KCUCcNuz …

The truth about ‪#IranProtests ‬

Over a year ago.

I spoke of this worldwide zeitgeist.

MAGA was our “American Spring.”

The collective human hive mind exists across the world, what is happening in Iran not only makes sense – I foretold it. https://twitter.com/Cernovich/status/746169702376841216 …

Most people do not understand that Trump was a worldwide signal in the collective unconscious hive mind. All around the world people want what we had with MAGA – freedom, prosperity, and more prosperity.

Today at the Mall with my family I almost wept for job, seeing smiling people and beautiful families and economic prosperity like we haven’t had in decades. All because of @realDonaldTrump. There is a spiritual as well as material revolution. It’s worldwide. Iran wants it now.

This guy is literally fucking crying.

And you can go check their feeds. They are all filled with this shit. They are mass retweeting pro-revolution material mixed with these deranged kookspiracy claims that the “deep state” is opposed to the Iranian revolution.

I just really can’t even.

Once again, to anyone who does not get this: the overwhelming majority of the Iranian people support the government. If there is a revolution, it is going to turn into a civil war, exactly as we saw all across the Islamic world. This is the exact same thing that happened all across the Islamic world during the so-called “Arab Spring.” This event is manufactured by the Jews to make up for the loss of the war in Syria – in particular, because Iran was building military bases in that country, under the protection of Russia.

DEADLY ALLIANCE: THE PEOPLE WHO’VE COME TOGETHER TO SUPPORT ZIONIST COUP IN IRAN