Ending the Coup Against Trump

An evening with Former NSA Technical Director William Binney, Former CIA Analyst Ray McGovern, and author of “Robert Mueller Is an Amoral Legal Assassin: He Will Do His Job If You Let Him,” Barbara Boyd. 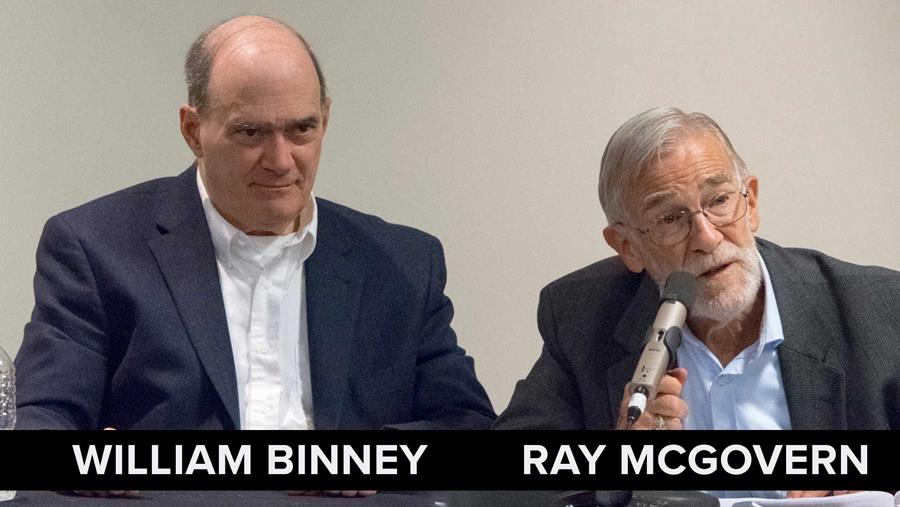 James, You’re invited to our special forum this Friday which brings together three people critical to ending the present attempted coup against President Donald Trump for a panel discussion. The issue is war and peace. Will the U.S. continue down the path of war in order to keep the bankrupt Western system afloat or will it seek new relations with Russia and China concerning the common aims of all mankind? Will the Clinton-Bush-Obama regime successfully capture and neuter Trump? What are the real reasons motivating what has been a completely unconstitutional attempt to change the results of the 2016 election?

William Binney is a former technical director of the NSA. Ray McGovern is a former CIA analyst with a specialty in Russia. Both are members of the Veterans Intelligence Professionals for Sanity, members of which produced an analysis demonstrating that most assumptions about the so-called Russian hack of the Democratic National Committee are egregiously false. Their analysis puts the entire basis for the coup and resulting warpath against Russia into question. Binney met with CIA Director Mike Pompeo at President Trump’s direction to demonstrate why the analysis of the so-called hack presented by the intelligence community is an incredible unscientific hoax. That Obama intelligence analysis, presented one year ago Saturday, has seriously damaged our nation. Barbara Boyd is the author of the explosive dossier, “Robert Mueller is an Amoral Assassin, He Will Do His Job if You Let Him.”

Please, join us live this Friday at LaRouchePAC.com or in person. We’d appreciate your participation.

Thanks for your continued support,
LaRouchePAC.com Editorial Staff