Don’t Let The Bastards Getcha Down 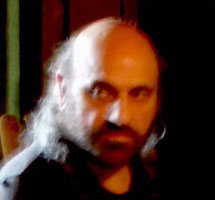 Current pic of me