As the Heat in D.C. Intensifies Fire Breaks Out in Get Your Guns Hillary’s House (Getting Rid of Records)

Fire breaks out on Hillary and Bill Clinton’s property in Chappaqua, N.Y.

A small fire broke out at Hillary and Bill Clinton’s property in New York on Jan. 3. (News 12 Westchester)

A small fire broke out at Hillary and Bill Clinton’s property in New York and was quickly extinguished Wednesday afternoon, officials said.

The fire started around 2:40 p.m. in a building used by the Secret Service on the Clinton’s property, the Secret Service said in a statement. It was put out by about 3:15 p.m., according to the Associated Press. No one was injured in the blaze.

At least three firetrucks and an ambulance responded to an emergency call from the house, according to the Journal News.. 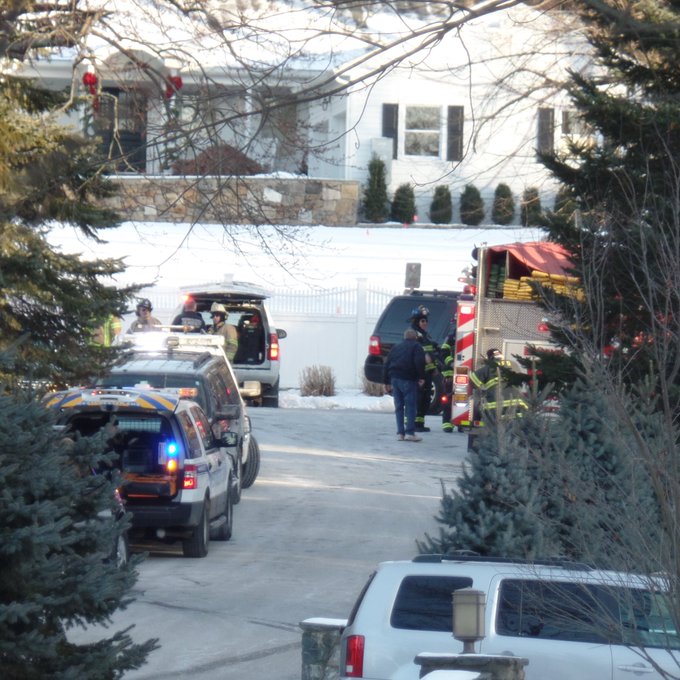 [ In the Chappaqua woods, a search for Hillary Clinton ]

The Secret Service said that the fire began in a second-floor ceiling of the detached building behind the Clinton’s house used by its agents. It did not say what caused the fire.

“Fire extinguishers were utilized to suppress the fire and members of the Chappaqua Fire Department responded and inspected the area above the fire to ensure it had been completely extinguished,” the statement from spokesman Joseph Casey said.

Nick Merrill, a spokesman for Hillary Clinton, said that the Clintons were not around at the time, he said.

The couple have lived in Chappaqua since they bought the five-bedroom home there in 1999. The house on the 1.1-acre property was built in 1889, according to the Journal News. In August 2016, the Clintons bought a four-bedroom home next door.