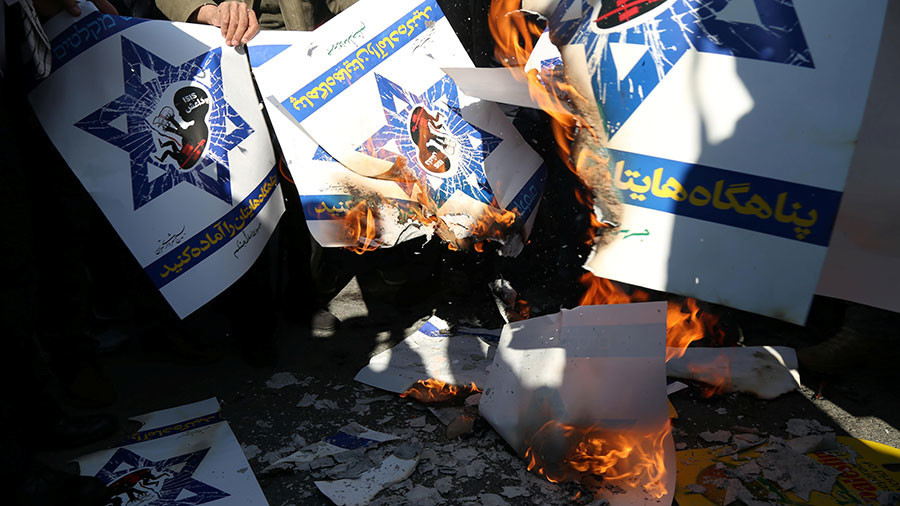 ED-NOTE – Could it be that this was Trump’s goal all along? One might just wonder.

But, as with everything with Trump, there is what he says, there is what he does and there is why he does it.  The self-proclaimed Western Jew-wise ‘truthers’ will concentrate on what he says, the imbecile Muslims will only look at what he does and both will react with the same emotional, irrational snarl of rage while posing as ‘intellectually endowed’ people who know all there is to know, who have it all figured out while never even realizing that there might be a bigger picture that needs to be considered.

They tell us that we have lost all sense of rationality, they tell us that we are letting our emotions blur our intellect, they call us ‘Trump worshipers’, they insult us as people – not on our positions, they use language and tone that only the Jews would use while accusing us of being irrational.

To them all and especially to the Muslims out there who like to bark but would only do so in the virtual world and only from the comfort of their very materialistic western home/lives, will you now dare claim that Iran’s foreign minister has also sold his soul to the dark force and has become a Trump worshiper for saying the exact same thing we have been saying?

“(Trump‘s) move will hasten the destruction of the Zionist regime [Israel] and will double unity among Muslims,”

As we wrote yesterday and regardless of what one feels about Trump, the man, we have to acknowledge that Trump, the President, has just done a brilliant move  move in forcing the long-overdue issue of Palestinian statehood front and center. CONTINUE READING