This is Rothschild Zionist Foreign Policy Paid For By Their Lobbyists in D.C. & Paid For Abroad

US and South Korea Begging for War with North Korea. Preparation for Military Onslaught under Operation “Vigilant Ace” 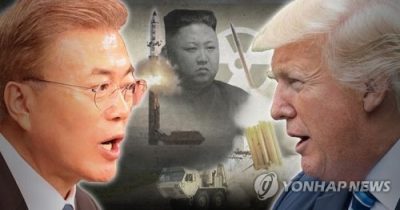 On November 23, the U.S. and South Korea confirmed that they will be deploying yet another menacing military demonstration against North Korea, with 230 aircraft, including F-22 Raptor stealth fighters and F-35 aircraft, 12,000 U.S. personnel, with the participation of the U.S. marines and navy.  This preparation for military onslaught against the DPRK, called “Vigilant Ace,” will begin on December 4, and this “Sword of Damocles,” which the U.S. and South Korea hold over North Korea is a perpetual form of terrorism.  Confronted with these constant and deadly military threats and intolerable provocations, the DPRK had no alternative but to increase its defense, and on November 28 tested another ballistic missile.

The total denial, or ignorance of historic context displayed by too many UN Security Council members, regarding the DPRK, is endangering world peace.  To say, as some have at the Security Council, that the DPRK is not only a regional threat, but a global threat reveals a distorted perception verging on paranoia, and an avoidance of truth.   Such reckless and irresponsible hyperbole, in the present explosive context, is itself instigation to a war which threatens the survival of humanity.  Crocodile tears hypocritically shed, regarding the situation of human rights in the DPRK are shameful, particularly coming from countries whose historic records on human rights abuses are notorious.

In what should be an alarming warning to the Security Council, the New York Times displays the horrific condition of migrants sold as slaves in Libya, and states:

“The migrant crisis in Libya originated with the collapse of the government of Col. Muammar el Qaddafi six years ago.  …the chaos and lawlessness across Libya has also exposed the migrants to pervasive and well-documented abuses, including forced labor, kidnapping, extortion, rape, torture and indefinite extralegal detention in overcrowded pens and other inhumane conditions.”

This monstrous tragedy is a consequence of the UN Security Council’s adoption of Resolution 1973, which authorized the US-NATO destruction of Qaddafi’s government, the regime change of a progressive Arab country in the name of “human rights,”  which began as a relentless and ruthlessly effective propaganda tactic that deviously gained the support of the Security Council, culminated in a pulverizing military slaughter in a sovereign UN member state, and spawned the epidemic of terrorism and human slavery now deplored by the NY Times.  The UN Security Council has never admitted and never apologized for the fact that its intervention in Libya resulted in a disastrous murder of Libyan citizens and the demolition of their functioning government, the consequence of which is an incubation of widespread ISIS terrorism and African slavery today.

Has the UN Security Council learned anything from the devastation it caused in Libya and Iraq? No.  It is repeating the same deadly pattern in an attempt to force regime change in North Korea, in particular through the imposition of criminal sanctions, the disastrous humanitarian consequences of which should ultimately subject the entire Council which supported the sanctions to indictment for crimes against humanity.

At the November 29 Security Council meeting, the representative of Sweden, Carl Orrenius Skaustated:

“Sanctions should not be used to intentionally exacerbate the humanitarian situation.”

“The United States and its allies had provoked and tried Pyongyang’s patience with unplanned military manoeuvres and unilateral sanctions,”  and “against the backdrop of those hostile moves, there is a need to question Washington’s sincerity on a peaceful resolution.”

It is impossible to overemphasize the hypocrisy of the US Ambassador, who also sheds crocodile tears about the condition of the North Korean people’s health, while simultaneously dictating the brutal toughening of the sanctions which are the cause of the deterioration in the health of the people of the DPRK.  Twenty years of sanctions, or more, are criminal.  Even one year, or one day, in this context is criminal.  The US Ambassador went so far as to threaten China, stating that China must stop all oil shipments to North Korea, or else, she threatened,

“We can take the oil situation into our own hands.”

It is not clear precisely how she plans to implement this, but the threat to China, and to North Korea is appalling.  Her bellicose tirade added:

“If war comes, make no mistake, the North Korean regime will be utterly destroyed.”

Confronted with such violent threats, it is not surprising that the DPRK is determined to protect itself with nuclear weapons against the world’s most lawless nuclear powers, the US, the UK and France, who have repeatedly flaunted their own infamous violation of Article 6 of the Nuclear Non-Proliferation Treaty.

The Security Council meeting concluded with another unambiguous threat of war by the South Korea:

“We urge Pyongyang once again to seize the rapidly closing window of opportunity to resolve its nuclear problem peacefully.”

This ominous threat of war should shock the entire United Nations. It is becoming clear that the UN Security Council is entertaining the idea of war against the DPRK and attempting to make military intervention the “new normal.”  Until now, most Security Council members have stressed that only a political, negotiated solution is acceptable.

On November 17, Han Tae Song, the DPRK’s ambassador to the United Nations in Geneva stated:

“It is obvious that the aim of the sanctions is to overthrow the system of my country by isolating and stifling it and to intentionally bring about humanitarian disaster instead of preventing weapons development as claimed by the U.S. and its followers.” 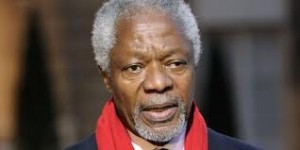 His statement precisely captures the intent of the sanctions.  When reference is made to “unintended” consequences of the sanctions, such as the denial of chemotherapy to cancer patients, the blocking of wheelchairs and other equipment necessary for disabled persons, one can take the word “unintended” as an insult to one’s intelligence.  These disastrous humanitarian consequences are indeed intended, with the aim of breaking the morale, the will and the spirit of a heroic people, and humiliating, degrading and forcing them to subjugate themselves to the will of a hostile and exploitative adversary.  The sanctions are a weapon of war, in the words of former UN Secretary-General Kofi Annan, “a blunt instrument which hurts large numbers of people who are, ostensibly, not their primary target.”

On November 30 The New York Times published a remarkably reasonable article, entitled: “The North is a Nuclear Power Now.  Get Used To It” by Max Fisher, stating:  The ‘good’ news is that North Korea has no apparent intention of starting a war.  So, no, North Korea is probably not going to nuke your city out of the blue.”  In the same issue, in an op-ed entitled:  “Headed toward a New Korean War?”Nicholas Kristof quoted US Senator Lindsey Graham, stating:

‘If we have to go to war to stop this, we will.  We’re headed toward a war if things don’t change.’

“One lesson from history:  When a president and his advisers say they are considering a war, take them seriously.”

“I also worry that North Koreans are sometimes perceived as cartoonish, goose-stepping robots – a perfect, dehumanized enemy from central casting – and that an administration beset by problems at home may be more likely to project strength, take risks and stumble into a war.  The last, best hope for the Korean Peninsula is some kind of negotiated deal in which Kim freezes his nuclear programs.  North Korea just may be hinting in its latest statements that it is open to negotiations.  So let’s try talking, rather than risk the first exchange of nuclear weapons in the history of our planet.”

Finally, it is imperative to ask  why one of  the most successful negotiators in modern history, former U.S. President Jimmy Carter has not been appointed by UN Secretary-General Antonio Guterresas his Special Envoy for Peace in North Korea.  Carter’s immense experience working successfully with the DPRK, and his extraordinary article, “What I’ve Learned from the Leaders of North Korea,” published in The Washington Post in October, indicates that Carter is almost flawlessly equipped to handle peace negotiations involving North Korea, the United States, South Korea and Japan.  If the United Nations is committed to the UN Charter, which explicitly states the purpose of the United Nations  existence is to “save humanity from the scourge of war,” then the UN Secretary-General is obligated to appoint the most qualified envoy to negotiate the peace in Northeast Asia which will ensure the survival of humanity.  This uniquely qualified envoy is former US President, Jimmy Carter.