The Real Goal of Multiculturalism From the Ones Who Created It! 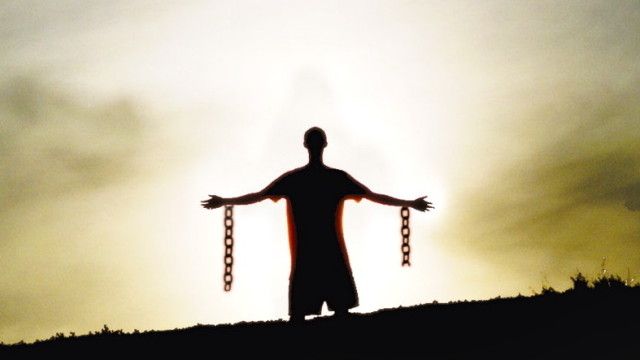 ed note–a very telling series of statements that all Gentiles need to examine and understand in order to better grasp the full extent of what we are all facing.

Firstly, our esteemed Hebraic lawmaker is only being honest, and for that, all Gentiles should thank whatever Gentile god it is that they worship. What he makes clear in his statement is the fact that Judaism is not an ‘inclusive’ religion that is open to all persons and which respects the religious sentiments of others, but rather an all-or-nothing, whole-hog, my-way-or-the-highway club that leaves no wiggle room whatsoever for anything.

It is important to point this out because the very clever schmoozing campaign to which the Gentile mind is constantly exposed is that Judaism is just like every other ‘faith’, that there is nothing exclusive, elitist, or harmful about it, and that therefore, Jews deserve to have every door opened to them that is opened to everyone else, a fatal mistake of naivete that is proven every second of every day now as we witness the manner by which these Judaic elements are gobbling up every ounce of culture and substance that has taken thousands of years to create and accrue.

Imagine for a moment if you will if the shoe were put on the other foot, if a Christian lawmaker of whatever sectarian stripe were decrying the predominantly Judaic influence of American culture through its control of the media, and as a result, that a ‘quiet Holocaust’ of Christians was taking place (which it is) where Christians were slowly, bit by bit losing any connection with their faith and were becoming Judaized…

My God, my God, the noise that would erupt from such a statement, even though it is 666% true in every detail…

But again, all should be grateful for these little ‘slips’ of the tongue that take place with individuals such as this in the clarity it helps bring to the artificially-created confusion.

Also, keep in mind (as we have discussed here as of late) that this is an almost exact replay–word for word and action for action–of the ‘clash of civilizations’ that took place 2,500 years ago between the Hellenized Jews who were attracted to the enlightened and relaxed lifestyle and culture of the Greeks vs the more radical elements who adhered doggedly to the backwards and barbaric protocols making up the Judaism of their forefathers in that event known as the Maccabean revolt that eventually morphed into the war that would take place between Judea and Rome and which led to Judea’s destruction.

Multiculturalism destroys the 1st world, it is the SCIENCE OF BIOLOGY

Multiculturalism destroys the 1st world, it is the SCIENCE OF BIOLOGY

Different races have DIFFERENT ABILITIES in many sectors especially in the AVERAGE OF IQ, the levels of Hormones that control temperament or the tendency to violence and crimes, the social behavior of “altruism” that characterize the White-Europeans. Also the TYPE of intelligence such as the arithmetic and logic intelligence that is high in the North Asians and the Imagination for Aryans

THIS IS WHY WE HAVE 3RD WORLD COUNTRIES

The TRUTH is these people have NEVER HAD any advanced civilization on their own and their is no single PROOF of their advanced civilization, but there are proof of advanced civilization ON THEIR LANDS but NOT BUILT BY THEM, but by the OLDER RACES THAT WERE EXTERMINATED either by wars and conquests such as when the Semitic and Muslims conquered Egypt, Iraq (Babylon) or the Afro-Asians who invaded the Aryan Maya tribes of South America

RACE-MIXING killed those advanced civilization that were existent in the current 3rd world places!

You can DO RESEARCH and verify these statements alone. BUT DO RESEARCH and stop being manipulated by the JEWISH system of “Equality” that will make the hole planet a 3rd World to become more easily controlled by the JEWS than a White-European big number who can fight and uncover the JEWS

Start by WATCHING this https://www.youtube.com/watch?v=3GdBze7E4RI

Do you feel offended? Blame the SCIENCE and God also

Scientists Map The Genome Of Ancient Egyptian Kings, And They Weren’t From Africa

MY COMMENT:  I DON’T AGREE WITH A LOT OF THE VIEWPOINTS OF SMOLOKO.COM.  HOWEVER, THEY POINT OUT A LOT OF INTERESTING TRUTHS AND THEREFORE I POST THEM.  I SINCERELY BELIEVE IT IS THE ZIONISTS WHO ARE THE SYNAGOGUE OF SATAN CALL THEMSELVES JEWS AND ARE NOT WHO ARE BEHIND ALL OF THESE GENOCIDES:  CHRISTIANS IN RUSSIA, NATIVE AMERICANS, GERMANS AFTER WW2, GERMAN PRISONERS OF WAR AFTER WW2, MAO’S MASS MURDER OF DISSIDENTS (HE WAS A YALE EDUCATED ZIONIST PUPPET), ETC.  THE ZIONISTS ARE BEHIND ALMOST EVERY MASS MURDER INCLUDING THE BOLSHEVIKS OF RUSSIA, MAO OF CHINA AND HITLER’S GERMANY.  ALWAYS THE ZIONISTS THE SYNAGOGUE OF SATAN.  OH, AND LET US NOT FORGET THE TWO GENOCIDES THEY DID IN UKRAINE, THE HOLOMODOR AND THE RECENT ONE IN 2014 WHICH NAZI NULAND, HILLARY CLINTON, AND OBAMA WERE BEHIND!  Hillary Clinton and Victoria Nuland are BOTH ZIONISTS!  Barack Obama is a ZIONIST PUPPET!