‘The Entire Middle East Belongs to the JEWS’ 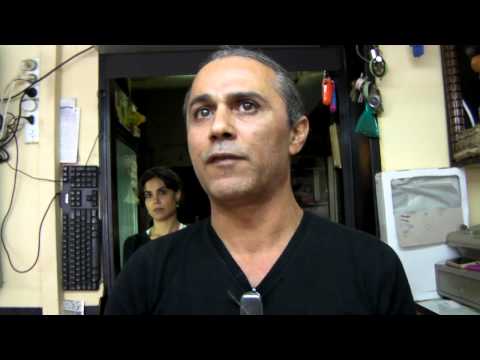 ed note–obviously, we have to take it ‘on faith’–no pun intended–that those portions heard in Hebrew with English subtitles are accurate and correct, but the one section, heard in plain English beginning right around the 1.40 mark with ‘Moti’ is Kristol clear in its statement–that according to Judaism, the ENTIRE MIDDLE EAST belongs to the Jews, that indeed all of this hails from the Torah and that the land which Israel now occupies represents a mere ‘balcony’ to a house which she has yet to take possession, but which someday she does intend to seize for herself.

Also, please pay close attention to the demeanor of the other Hebrews interviewed for this, who obviously have not a shred of conscience, decency or regret in them over what they themselves have done to the innocent peoples who have been subjected to the violent, thieving, and rapacious protocols embraced by ‘God’s Chosen people’

THIS is Judaism, THIS is what it means to be ‘Jewish’ and this is what is in store for the entire world unless Gentiledom liberates itself from the intellectually paralyzing anesthesia which now functions as an inhibitor to its own survival instincts.