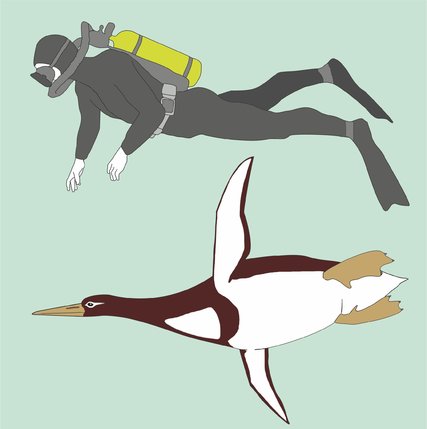 An artist’s rendering compares Kumimanu biceae, an extinct giant penguin, to a human diver. Kumimanu stood 5 feet 7 inches and weighed 220 pounds. It is among the earliest known penguin species.