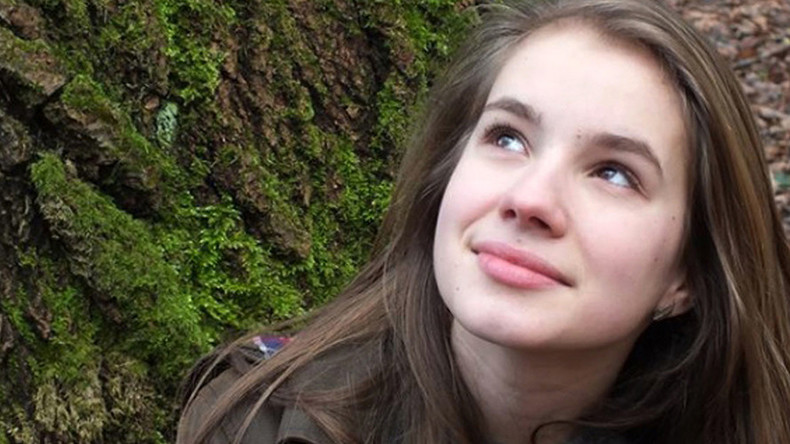 Maria Ladenburger © Ropi / Global Look Press
3.2K
A refugee who allegedly raped and murdered a 19-year-old girl in Germany and claimed he was “underage” turns out to be in his twenties, experts told a court on Tuesday. A tooth the accused kept from a dentist visit proved not-so lucky for him after lab analysis.

Hussein Khavari, originally from Afghanistan, is accused of attacking, strangling and raping Maria Ladenburger, a 19-year-old medical student who disappeared while on her way home from a party in the city of Freiburg, southwestern Germany, in October 2016. Her body was found by locals on the bank of the Dreisam River in the city, which is home to one of Germany’s elite universities.

A single strand of black hair, partially dyed blonde, and a scarf found on the riverbed, along with several DNA samples found on the victim’s body led investigators to Hussein, who was later spotted on CCTV footage and brought in for questioning. The suspect arrived in Germany as an unaccompanied asylum-seeker in 2015, with no identity papers, and had been living with a Germany foster family since. At the time of his arrest, Hussein told police he was 17 years old.

However, on Tuesday, two experts who made the analysis of his teeth told the court that the accused is far from being 17, Badische Zeitung reported. Research scientist Ursula Wittwer-Backofen said that she had analyzed one of the suspect’s canine teeth from the upper jaw.

The tooth was pulled by a dentist in February 2016, eight months before his alleged crime, and Khavari had kept the tooth ever since, the paper said. The analysis showed that the accused is about 26 years old, Wittwer-Backofen said, adding that his age may even be 30.

Another expert, Andreas Schmeling from the Institute of Legal Medicine, analyzed Hussein’s wisdom teeth. He concluded that Hussein’s absolute minimum age is 19 years, while he could be 22-23 years old.

If the court takes into account the experts’ testimony, Hussein could be convicted as an adult. This means that he would face life imprisonment.

The victim was the daughter of Clemens Ladenburger, an assistant to the director-general of the European Commission’s Legal Service since 2008, German media reported back in 2016. Maria Ladenburger had worked as a volunteer in one of the local refugee shelters in her spare time.