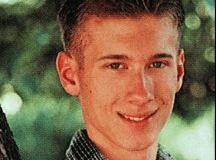 After years of silence, John DeCamp has spoken out about what happened in the case against Solvay Pharmaceuticals where he represented Columbine survivor Mark Taylor.  John DeCamp is the Author of the Franklin Coverup, a former State Congressman, a Vietnam Veteran and the first attorney to sue the Catholic Church for sexually abusing children. Now that even the Pope admits to wide-spread pedophilia in the Church, let’s move on to these allegations of sexual predator cops.