Nikki Haley Represents Exceptional Nation in Lies, Deceit & Pure Zionist EVIL! When These ZIONISTS Get Us Into WW3 Our Troops Will Be Slaughtered In A War ZIONISTS Exempt Theirselves & Children From Fighting As They Laugh All the Way to the Bank-Truly They ARE the SYNAGOGUE OF SATAN! 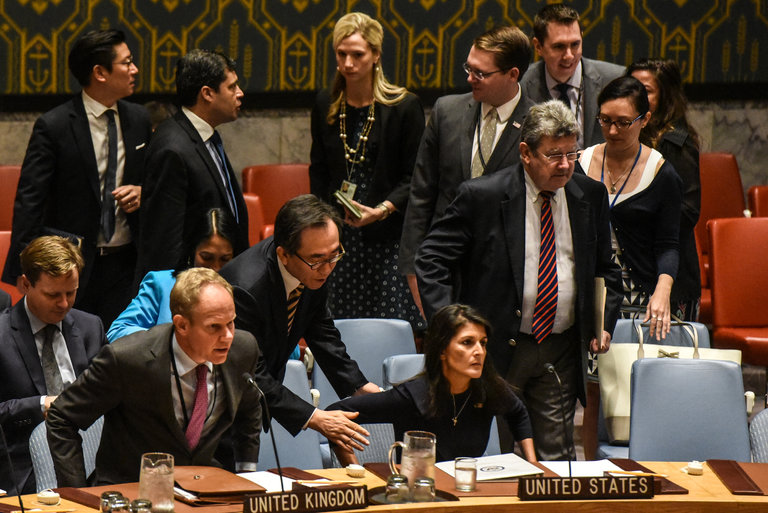 Cho Tae-yul, the South Korean ambassador, and Ambassador Nikki Haley of the United States during a meeting of the United Nations Security Council on Monday to discuss North Korea’s nuclear tests. “The time has come for us to exhaust all of our diplomatic means before it’s too late,” Ms. Haley said. By Mike & Sugar the Cat, er, “The Editorial Board”

Boobus Americanus 1: I’m going to the mountains. What are your plans this Labor Day weekend?

Boobus Americanus 2:  Just a cookout, drink a few beers, watch some baseball. Can’t wait for football season to start the week after!

Editor: Who can predict “spontaneous” events?