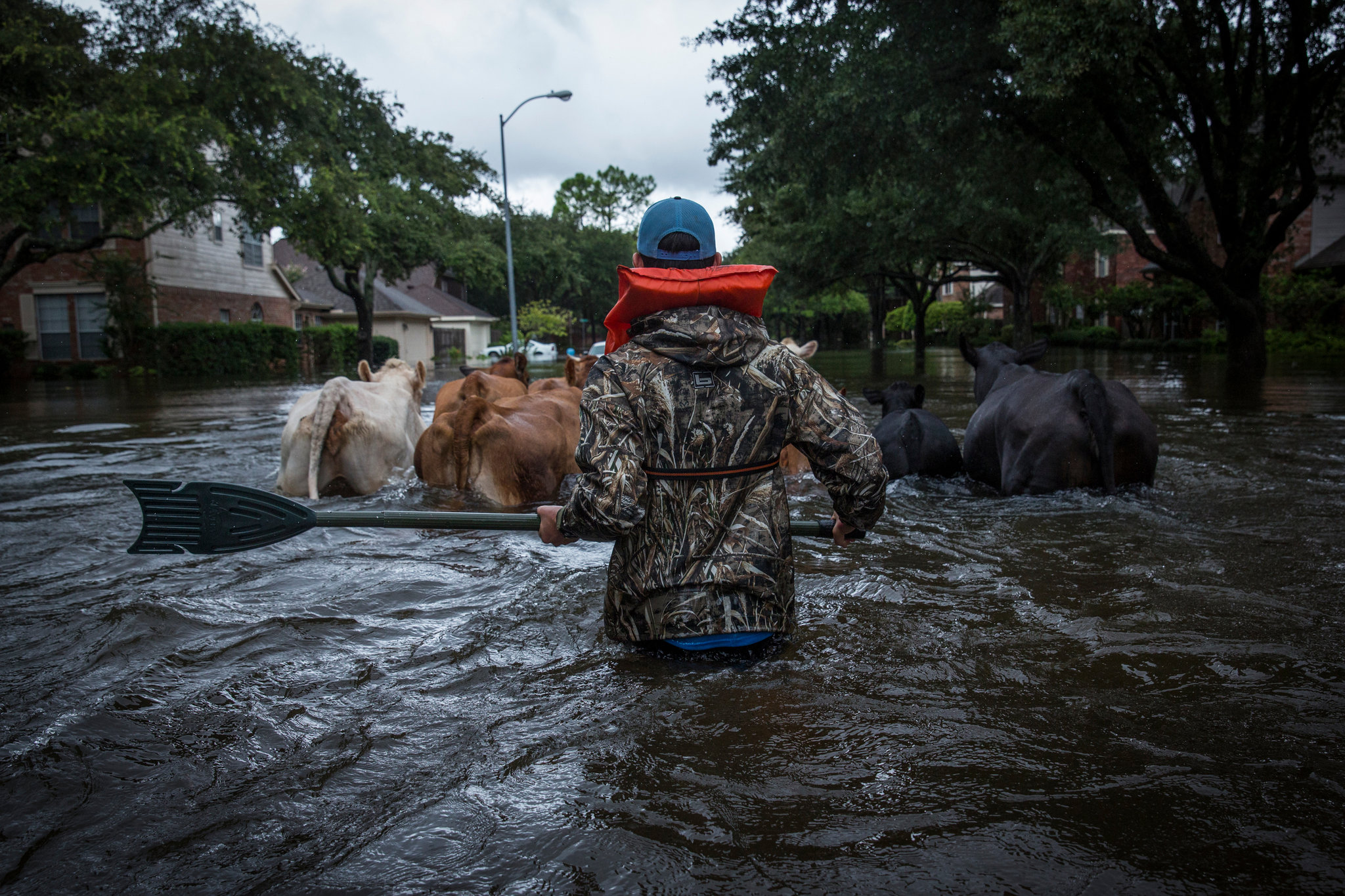 Donkeys and cattle were herded by a civilian search and rescue worker through a neighborhood west of Houston.