The Vicious Rothschild Zionist Mafia Running USA Want WW3 & They Will Get it Leaving the American People at the Mercy of Nuclear Bombs While These Globalists Sail Away in their Billion Dollar Yachts! 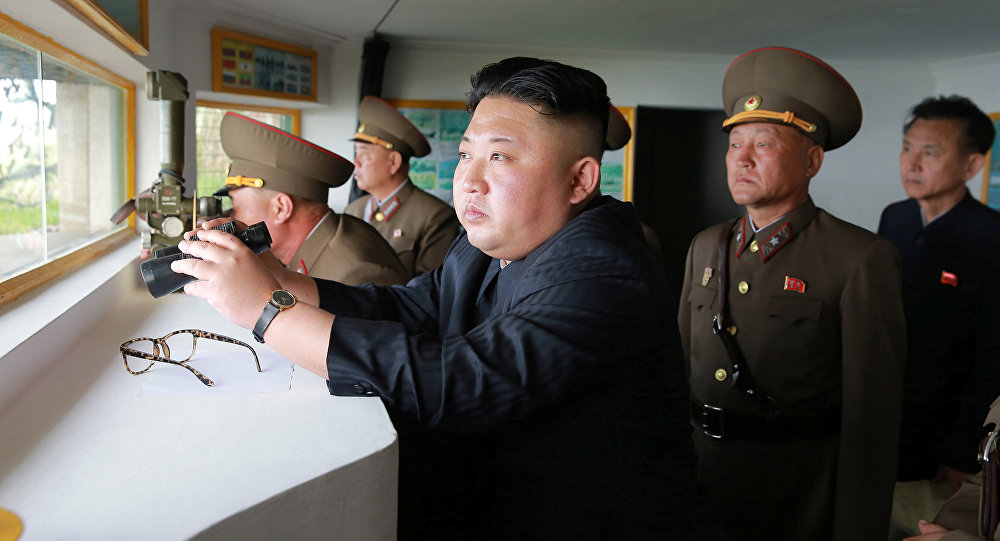 China announced Tuesday that it has grown weary of the US placing undue pressure on Beijing to rein in North Korea, saying that all nations involved should do their part to counter Pyongyang’s ongoing nuclear and ballistic missile activity, and calling for an end to the “China responsibility theory.”

Though US President Donald Trump didn’t press the issue during his Saturday meeting with Chinese President Xi Jinping, prior to the talk he expressed frustration with Beijing’s diplomatic and economic ties with the North on Twitter, a feeling that has sharpened since Pyongyang launched an intercontinental ballistic missile (ICBM) on July 4.

During a meeting on the sidelines of the G20 meeting in Hamburg, Germany, Trump told Xi, “Let me just say that it’s an honor to have gotten to know you. We are developing and have developed a wonderful relationship.

“I appreciate the things that you have done in regard to the very substantial problem that we all face in North Korea,” according to Newsweek.

The US is preparing its own sanctions against the Democratic People’s Republic of Korea (DPRK) by targeting Chinese businesses and individuals that financially support the North Korean government, with special focus on Chi Yupeng, a Chinese national the Justice Department says may be funneling money to Pyongyang’s military, the Wall Street Journal reported.

“China has many times talked about its principled position, namely that at the same time as the international community [is] making necessary responses to North Korean acts that go against UN Security Council resolutions, they must step up efforts to promote talks and manage and control the situation,” Chinese News Agency Xinhua quoted Xi as saying during his meetings with Trump.

The North’s launch set off international alarms and condemnation, as some analysts believe the Hwasong-14 ICBM could potentially reach Alaska and possibly parts of the US West Coast.

Beijing was riled by Pyongyang’s launch, but blames the US and South Korea for increasing tensions by carrying out missile exercises in response to the North’s behavior.

North Korean state-run media balked at the joint drills, saying Washington and Seoul were pushing the peninsula to the “tipping point” of nuclear conflict and warning the allies not to “play with fire on a powder keg.”

“Recently, certain people talking about the Korean Peninsula nuclear issue have been exaggerating and giving prominence to the so-called ‘China responsibility theory,'” Geng said at a news briefing, adding, “I think this either shows the lack of a full, correct knowledge of the issue, or there are ulterior motives for it, trying to shift responsibility.”

Geng stressed that China has been doing its part, but other concerned parties have to pull their weight as well.

“Asking others to do work but doing nothing themselves is not OK … Being stabbed in the back is really not OK,” he remarked. “The ‘China responsibility theory’ on the peninsula nuclear issue can stop.”