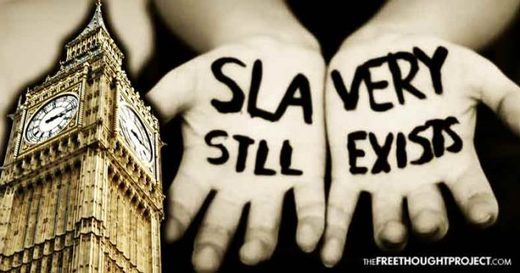 SOTT – As human trafficking scandals rock the world, London has been at the forefront of the child sex market. Now, it appears, they are also operating a massive modern day slave trade. According to a London top cop, Britain’s capital has become a hotspot for forced labor and sex slavery.

There are an estimated 13,000 victims of forced labor, sexual exploitation and domestic servitude in Britain, according to Government data and the police have no idea how to handle it.  According to Detective Chief Inspector Phil Brewer, head of Scotland Yard’s anti-slavery unit, human trafficking is now on the rise in Britain’s capital. CONTINUE READING