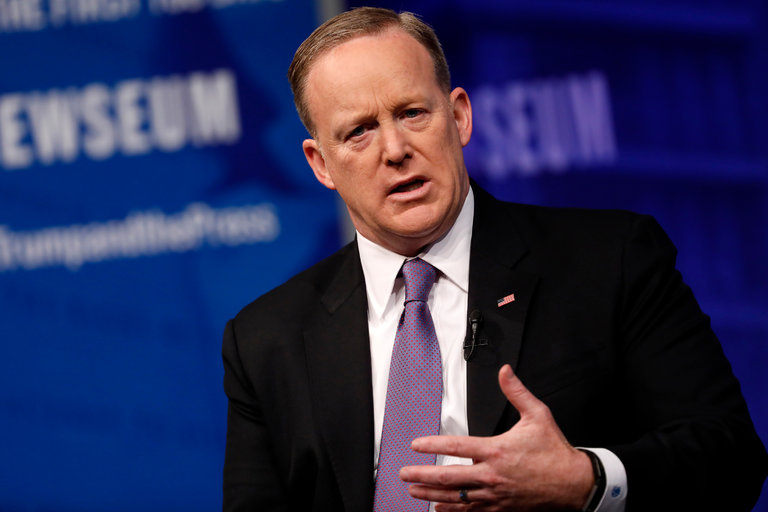 Sean Spicer, the White House press secretary, said on Wednesday that he “made a mistake” in his comments on the Holocaust the day before.
New York Times: “‘I Screwed Up”: Sean Spicer Apologizes for Holocaust Comments
By MICHAEL M. GRYNBAUM