Everything the Greatest Generation fought for has come true today!

comment from reader – These stupid fucks fought to ruin our future. I hope this video goes viral.

Our grandparents and great-grandparents were manipulated by the jews and those who serve them to destroy our future.

In the wake of the shocking Amazon website and printing bans of “The Bad War,” we will re-releasing the book through another self-publishing service. The new version will include about 40 additional pages and 80 additional images pertaining to amazing facts we learned after the original publishing. We have also added “crime scene tape” to the cover with the words “Banned by Amazon” written across it — a powerful statement in and of itself! 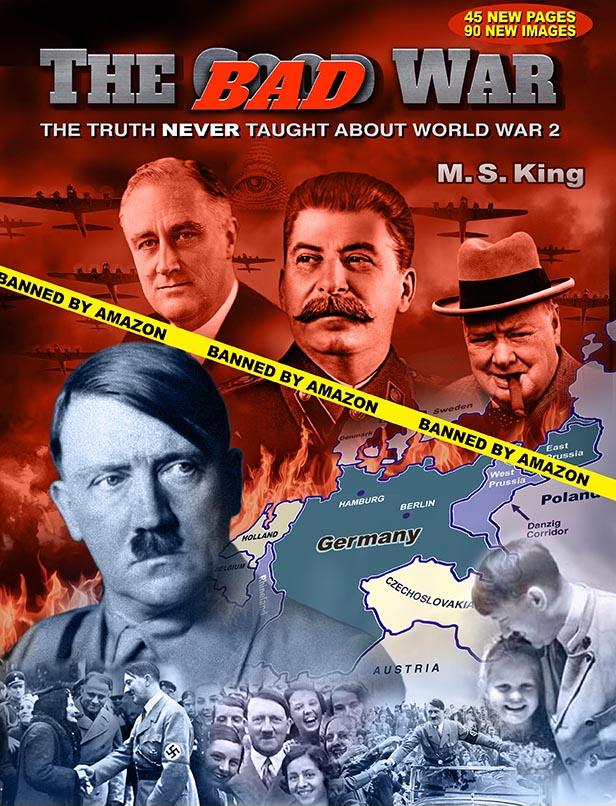 The book will be bigger and better than ever. But we would like reader input as to the format. Should we keep the flat spine format — OR — should the book be spiral-bound. The former option is more visually appealing and “professional-looking,” wheras the latter makes for easier reading. What do “youse guys” think?

Amazon Has BANNED, “The Synagogue Of Satan – Updated, Expanded, And Uncensored.”

5 undeniable facts about ww2 you were never taught

10 reasons why hitler was one of the good guys

if hitler had won ww2

the real reason why germany must perish

the holohoax for dummies – 21 amazing facts

world jewry got america into ww1 and ww2

MOST BRILLIANT MEN OF THE PAST CENTURY BELIEVED IN JEWISH CONSPIRACIES