Is Biden Doing All This Creepy Stuff While Drunk? When Will Congress Be Drug/Alcohol Tested?

Notoriously creepy Vice President Joe Biden was at it again on Tuesday — kissing Senator Chuck Grassley’s wife on the lips and getting a bit too touchy feely with several other ladies during the Senate inauguration.

Biden is well-known for his awkward moments, but this one with Barbara Grassley may take the cake. 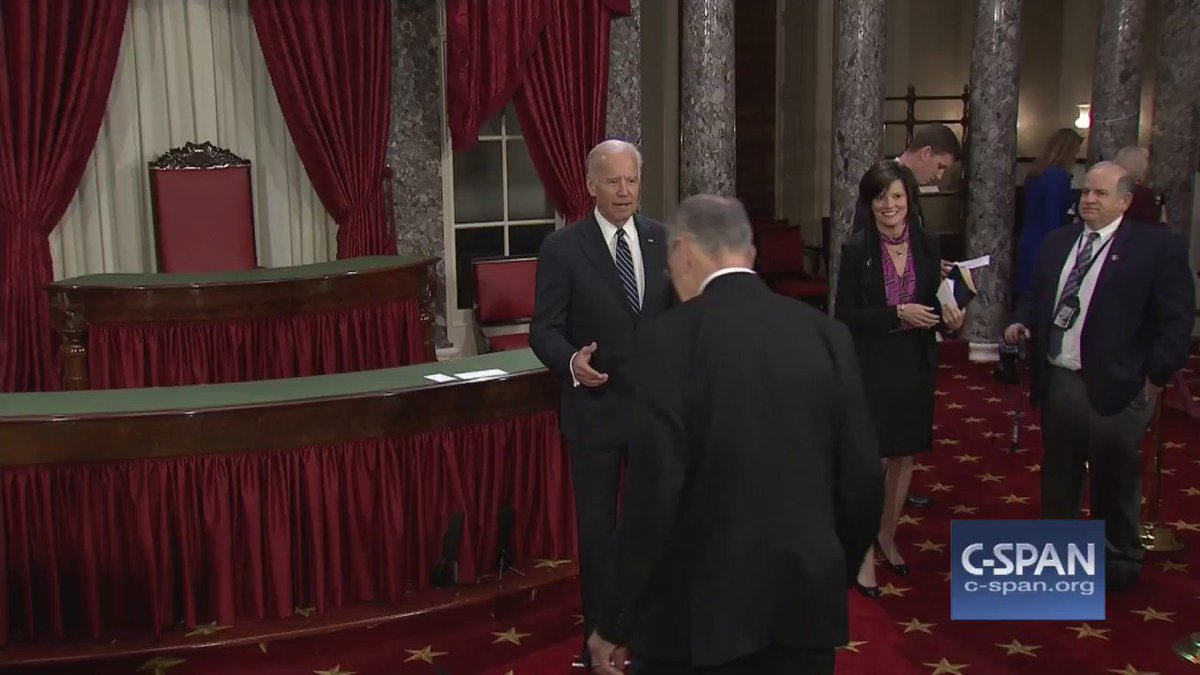 He full on planted a smooch on the elderly woman.

Unlike Mrs. Grassley, Biden’s lips were rejected by this baby. 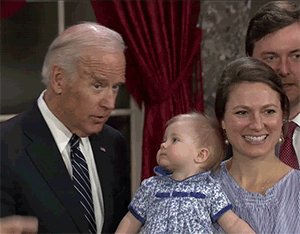 Biden then moved in to inappropriately place his hands on the hips of the daughter of Connecticut Senator Richard Blumenthal. 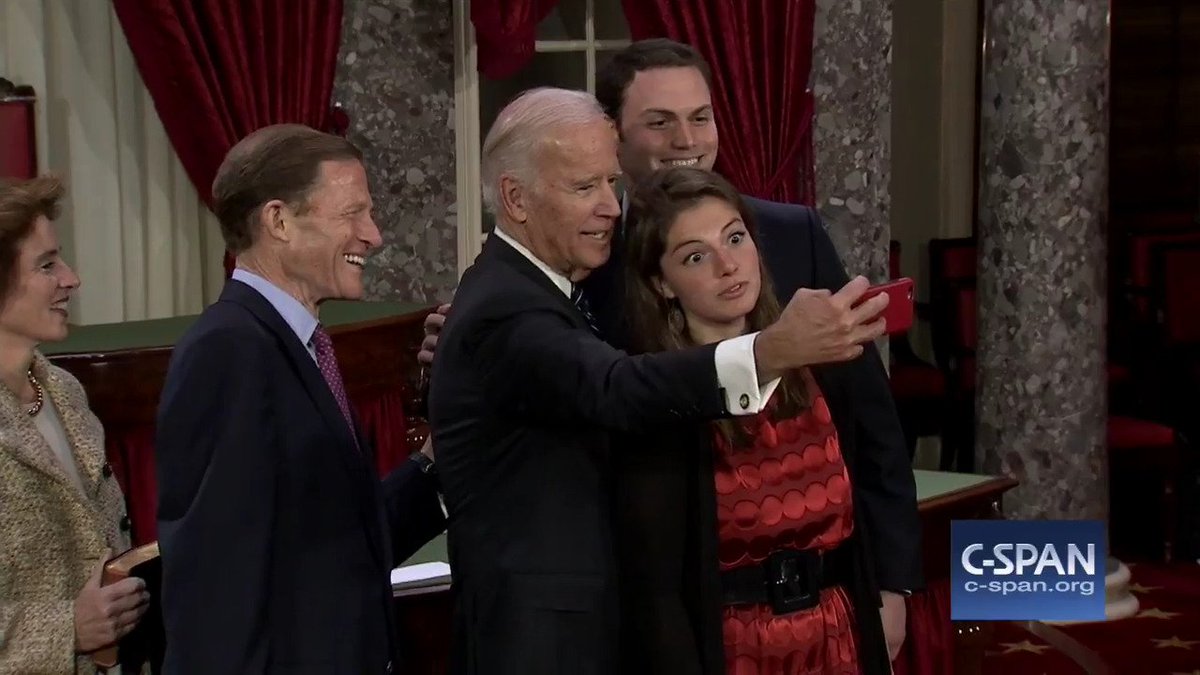 Creepy Biden also told Senator Richard Shelby’s wife Annette that she is beautiful, “not vertical,” whatever that means. 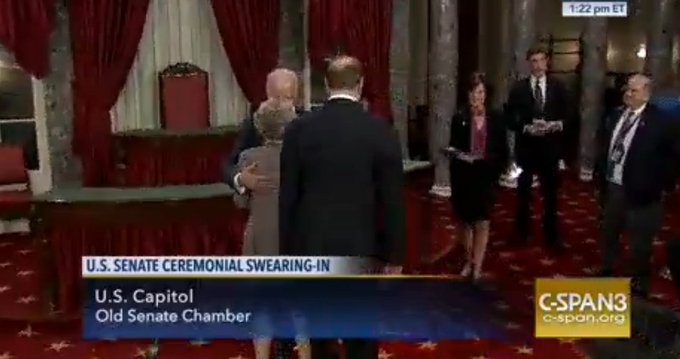 Biden was also heard telling the young children of Georgia Senator Johnny Isakson to “keep the boys away from your sisters.” 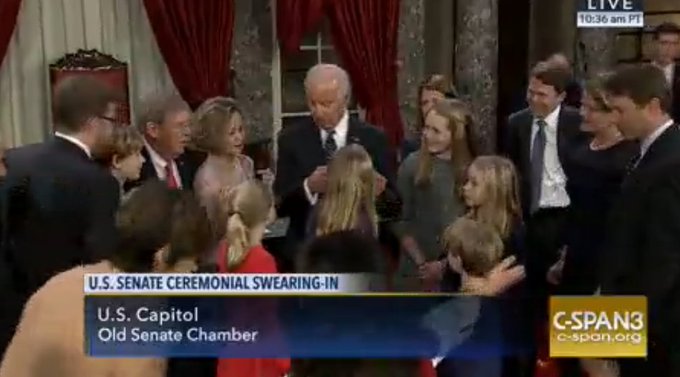 Biden says the girls in Sen. Isaakson’s family are beautiful. “Keep the boys away from your sisters,” he says to boys.

“I’m supposed to kiss you or something,” the wife of Senator Jerry Moran said to Biden. The VP happily complied. 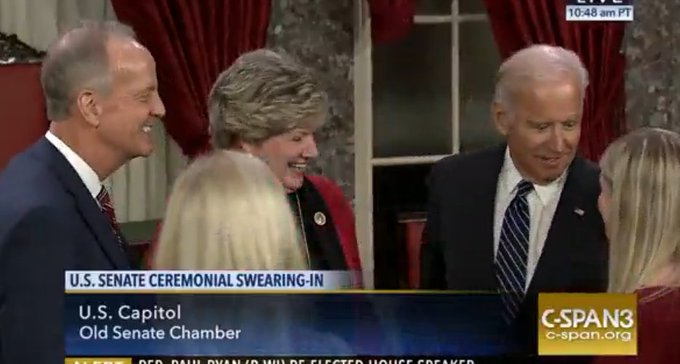 “I’m supposed to kiss you or something,” says wife of Sen. Jerry Moran. Biden obliges.

Last year, during Ashton Carter’s swearing-in, he was caught on camera sensually whispering in the Secretary of Defense’s wife’s ear as her husband spoke. 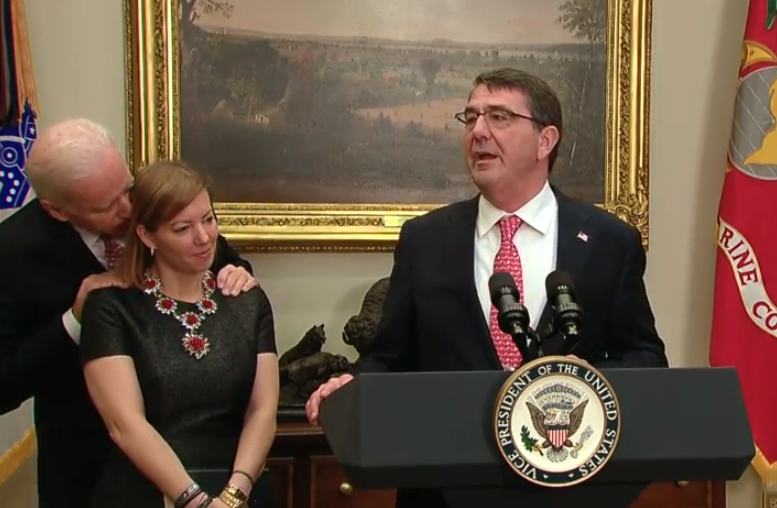 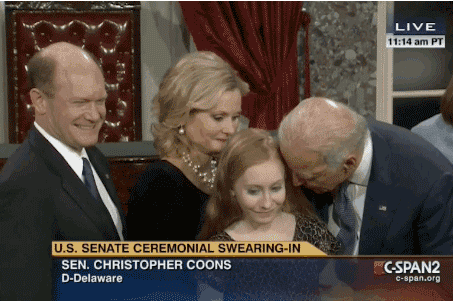 The instances of inappropriate touching are seemingly never-ending.

Often skeptical of such things,but this is ick#PizzaGate

The Vice President’s habit of groping women at these events was called out on Twitter by Donald Trump in October — after Biden labeled the now president-elect a “sexual predator” over the infamous hot mic recording of the businessman discussing how women are into him.

“I don’t ever remember that kinda locker room talk, never. You might have a guy say, ‘Boy, look at that,’ or make some comments like that. But the idea that ‘she lets me do anything because I’m a celebrity,’ is just sick. And what’s– what’s wrong is, we have to change the whole culture here and that no man has a right to touch a woman, to raise a hand to a woman, to abuse a woman for any reason,” Biden said on Meet the Press after the footage was leaked.

Here are just a few instances: Now Watch Joe Biden Get Very Creepy With the Senator’s Daughters At S

Still, despite the obvious inappropriate nature of the actions of “Uncle Joe,” Democrats consistently laugh it off as adorable. It isn’t hard to imagine the reaction to this pattern if he was a Republican, instead of one of their own.