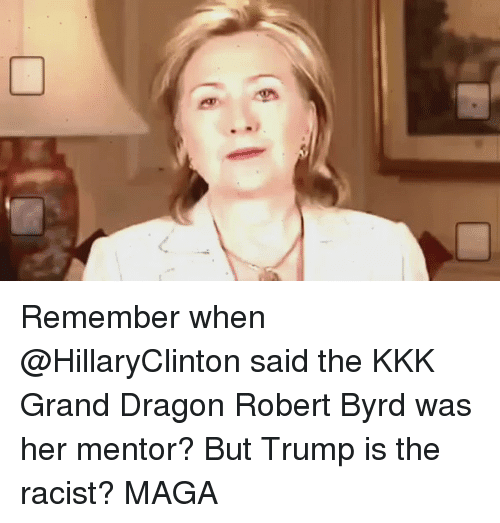 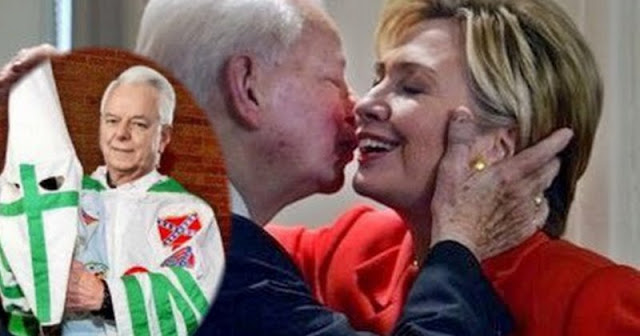 Hillary has had many unsavoury men as mentors; the deceased Senator Robert Byrd above being of primary importance during her career. Note his outfit, consider HIllary and her embarrassing abuse of her black supporters, then wonder about the cartoon below during which the media blew a non issue into a huge fuss regarding Trump and racism using their greatly detested Dr. David Duke as a weapon.