Clinton took multiple trips to the billionaire’s private island, where he is accused of ‘keeping young women as sex slaves‘.

In 2008 Epstein pleaded guilty to a single charge of soliciting prostitution and was handed an 18-month jail sentence. He served 13 months in jail and was registered as a sex offender upon release.

According to court records, Clinton frequently flew with Epstein on his private jet from 2002 to 2005, the year when news of the police investigation was first reported. The private island, called Little St James, is still the site of an investigation into the possible murder of sex slaves who were once held there.

Update 2: It Turns out Hillary Clinton and Donald Trump Are Distant Cousins

One of Clinton’s good friends from the island was a woman who collected naked pictures of the underage girls for Epstein. He never cut ties with that woman, and actually invited her to Chelsea’s wedding.

In the civil lawsuit complaint, Virginia Roberts claims she was used as a sex slave by billionaire Jeffrey Epstein. She says Epstein made her have sex with his political and business contacts, including Prince Andrew on three occasions.

Virginia Roberts believes Prince Andrew can provide the most valuable information to the investigation against Epstein. Roberts is one of at least 17 women who settled lawsuits with Epstein in 2005 for sexual abuse. She says she was paid to massage Epstein and his friends, including royalty and famous politicians, on flights around the world when she was only 15 years old. 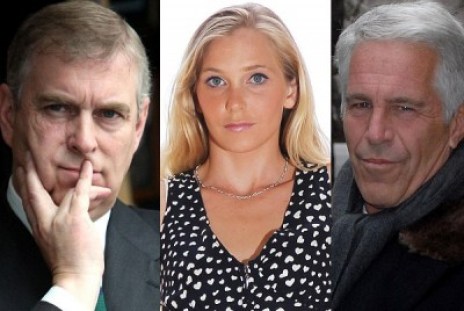 Miss Roberts claims these men sexually exploited her during that time.

Why isn’t anyone taking Roberts seriously? Shouldn’t some of Epstein’s most powerful friends, such as Bill Clinton and Prince Andrew, be questioned about their relationship and visits to ‘Pedophile Paradise‘? Michael Jackson was practically crucified in America over far less shocking accusations.

When Miss Roberts told her lawyer how she served Epstein she described the sexual acts she performed for his male friends, but refused to name those 8 men, stating:

Some of these people are really influential in power. I’m really scared of where this is gonna go.”